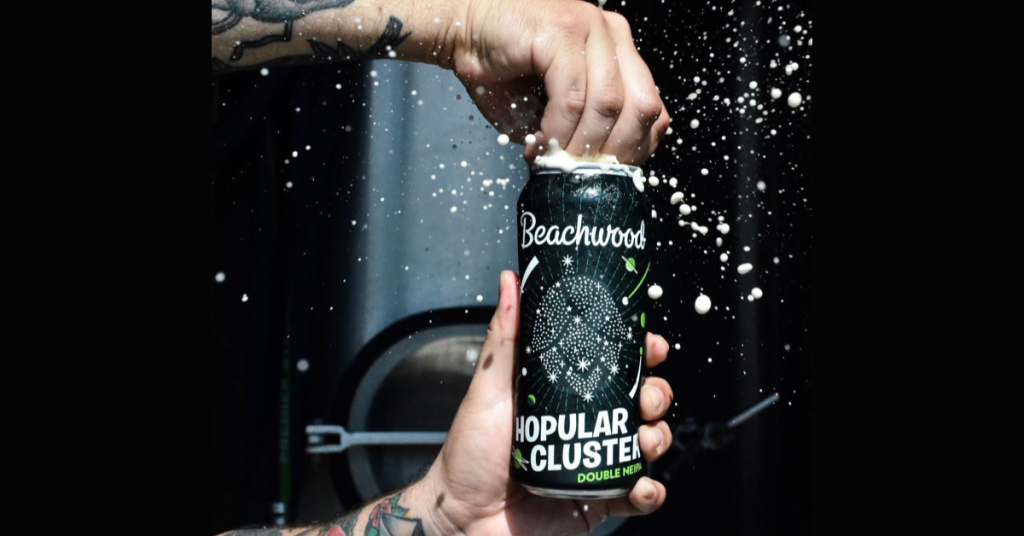 2019 was an amazing year for beer in Los Angeles. We saw a bunch of new breweries open up, existing breweries get stronger, trendy beer styles emerge, and centuries-old styles stay relevant.

When you drink as many beers as we do from as many different breweries that we visit, it’s hard to narrow down a list like this one. Especially when you don’t take many notes after beer number five. But after some serious brainstorming, here’s our list of the best LA-brewed beers that we enjoyed in 2019.

Lagers made a big resurgence across the craft beer industry this year, and our own style preferences reflected that as well. 14 Cannons released Catorce cans into their year-round lineup around Cinco de Mayo this year, just in time for our Mexican Lager beer review. This beer not only knocks it out of the park for Cinco de Mayo celebrations, but it also drinks so good at any time of day, at any point during the year. Distribution on this beer is limited, so your best bet is to head to Westlake Village and try Catorce and a dozen other awesome beers from 14 Cannons, one of our favorite under the radar breweries in Los Angeles.

Enter the first of several Hazy IPAs to hit this list. Cut Loose is the type of Hazy DIPA that you dream about. Smooth creamy body, bright tropical fruit, subtle sweetness balanced by slight citrus bitterness, and goes down much easier than you’d expect an 8% IPA to be. This beer actually took home 1st place in our inaugural Hazy IPA Invitational during LA Beer Week this year and is one of the best beers Arrow Lodge put out in 2019. Super stoked to see where they take things in 2020. 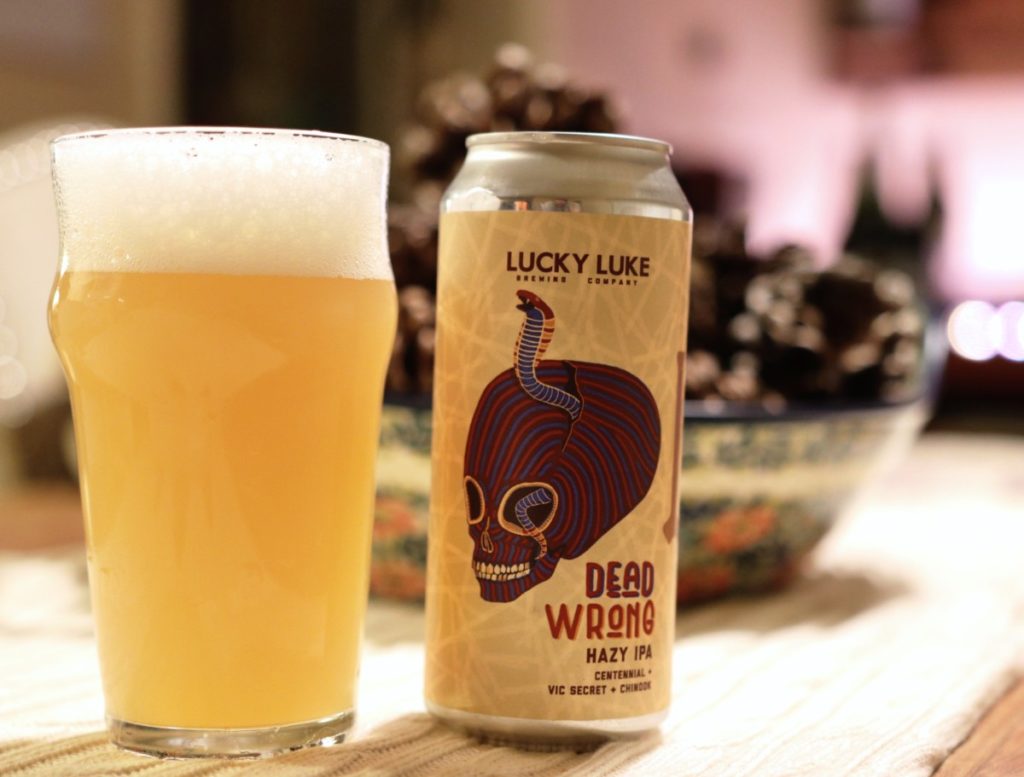 Lucky Luke squeaked one in this month at the last second with their final hazy can release of the year. Dead Wrong combines three hops you don’t normally see in a hazy – Centenniel, Vic Secret, and Chinook  – to create a flavor profile that pits mouth-watering pineapple & orange against bitter grapefruit & pine with a light-yet-creamy body. It’s delicious and drinkable and reminds us that when Lucky Luke nails it, they really nail it.

Is it clear? Is it hazy? Who really cares what it looks like, it’s from Three Weavers and it tastes damn good! In mid-summer when Kviek yeast was all the rage among brewers across Southern California, Three Weavers released their take on a Juicy IPA. I tasted it just before the LA Beer Week Kickoff Fest started and proceeded to rave about it to everyone I encountered for the next several hours. Then, when they released cans of it the next week, I had to get over to Inglewood and pick some up for myself. Big pineapple, mango, and peach rings in this one with a light body and great drinkability. Three Weavers does no wrong. 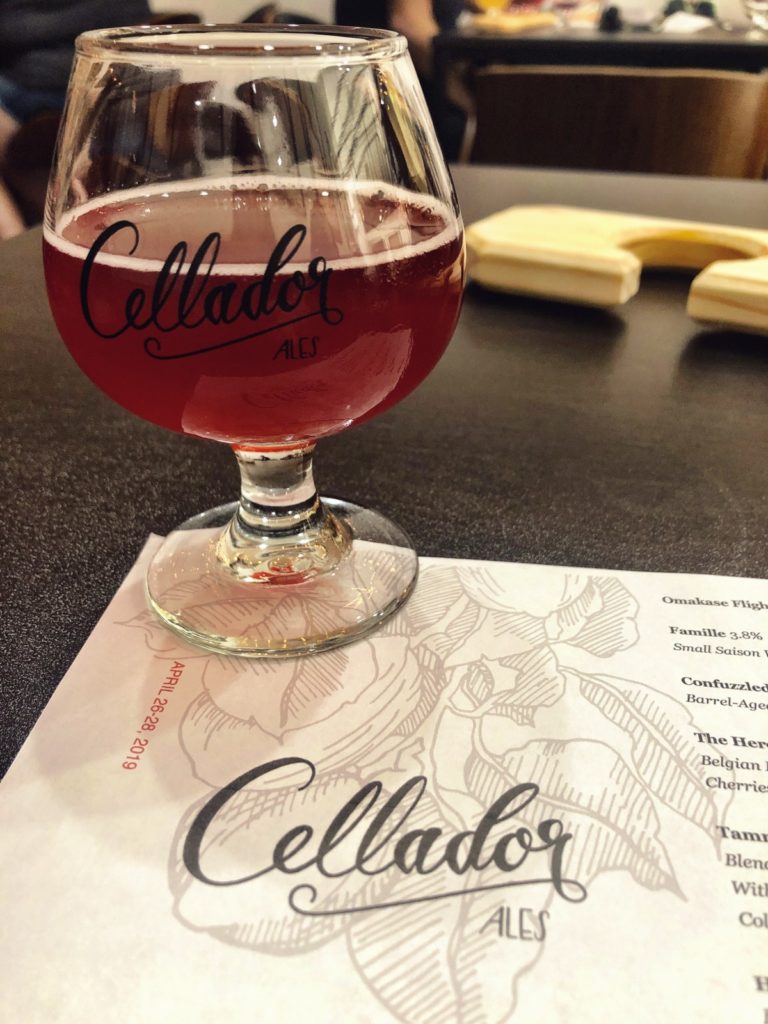 2019 was a quiet year for wild ales for us. Maybe we overdid it in 2018, or maybe our palates are just changing, but either way, we drank far less sour beer this year than we have in years past. That doesn’t mean there wasn’t anything worth talking about though! The Heron is a Lambic-inspired wild ale with black republican cherries from Cellador Ales that provided a really well-rounded look at bright carbonation, balanced tart fruitiness, and complex dark fruit. Cellador continues to stand out with their experimentation and ingenuity and The Heron is a great example of that.

Is Ticking Clock released in mid-summer, which is uncommon for such a big dark beer, but hey we’re not complaining! Out of all the barrel-aged beers that Smog City releases throughout the year, Is Ticking Clock stood out with a great balance of coconut, coffee, chocolate fudge, and rich barrel complexity that’s not easy to accomplish.

Okay, technically this isn’t an LA beer, since Enegren is located in Moorpark in Ventura County, but it’s pretty damn close. Plus, what Enegren is doing is so unique, there’s nothing else like it around Los Angeles. Our pick this year is one of their year-round flagships, Lagertha, a 5% Hoppy Pilsner with Mosaic. This beer gives you the crispy refreshingness of a Czech-style Pils with the bright tropical flavors of the Mosaic hop. Plus, you can even find 6-packs of it in Trader Joes and other big stores during the right time of the year.

With a list like this, you know Highland Park is making it on there somewhere, the question is, what beer makes the list?? While you could make the case for at least a half dozen HPB brews as your top pick, we’re going with Prehistoric Pals, a collaboration Highland Park released in July with Cellarmaker Brewing. The result was a simple, straightforward Hazy IPA with a great tropical fruit component, subtle sweetness, a kiss of bitterness from grapefruit citrus, all in a smooth creamy medium body. Here’s hoping that this Prehistoric Pal is not extinct in 2020.

I’m a sucker for a good Oktoberfest beer. So much so, that we had to gather together a bunch of locally brewed Oktoberfest beers and do a special Oktoberfest blind tasting video. “That’s a Bingo” from Common Space and Figueroa Mountain stood out among the bunch. This beer gives you that just enough of that nutty sweetness & bready cracker flavor with a super crisp and clean refreshingly drinkable body. Excellent fit for the start of Fall in SoCal where it still feels like summer.

Union Station Pale Lager is exactly the type of beer we want welcoming LA’s visitors coming through Downtown LA’s Union Station. It’s a very familiar type of beer style, suitable for any kind of beer drinker, but subtly showcases exquisite complexity on the backend that sets the quality standard for craft beer brewed in LA. The pale malt sets the stage for a light yet bready base, German hops provide slight bitterness, and the Mexican lager yeast and flaked rice balance that out with a subtle sweetness that screams drinkability. Lucky for all of us, Union Station is a core brand and cans can usually be found at their bar or in select shops around town.