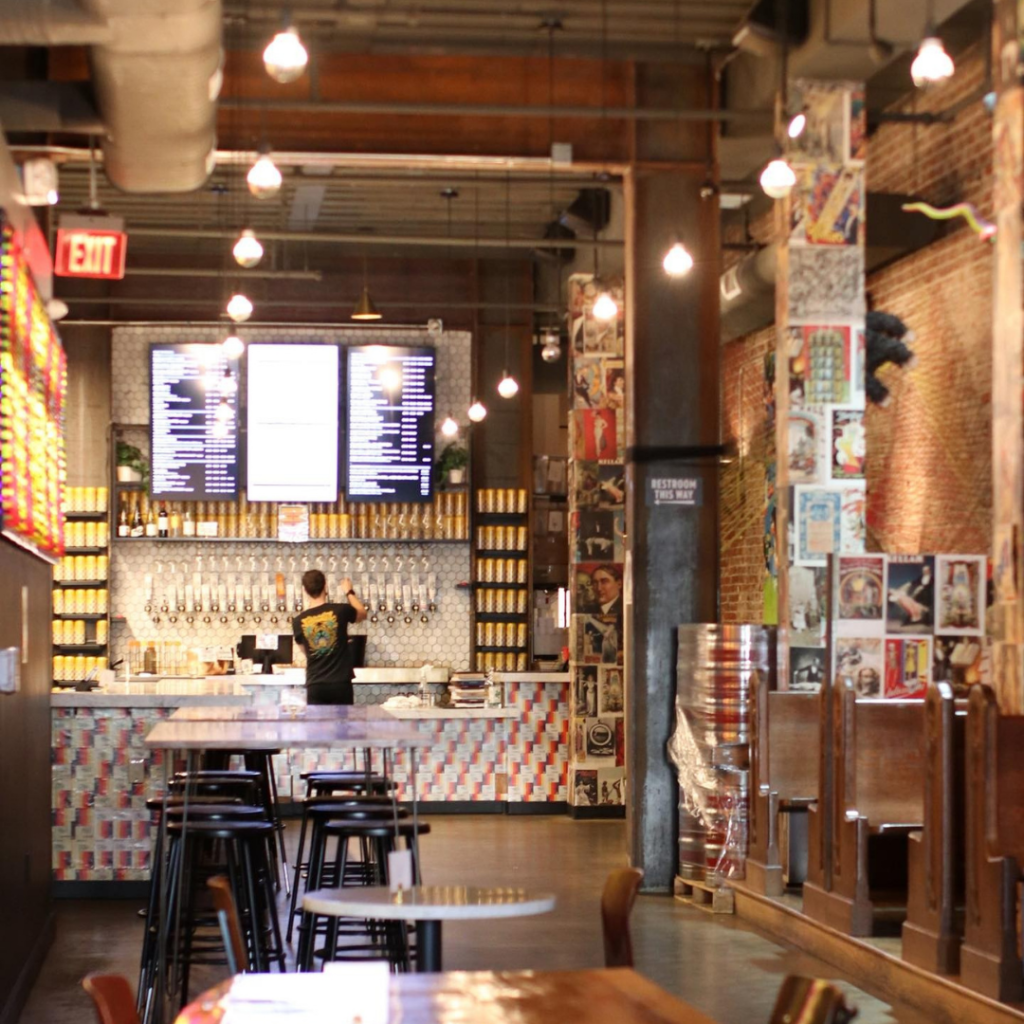 Modern Times, one of the largest independent craft beer makers in California, is shutting down four of its eight locations this weekend. The San Diego-based brewery made the surprise decision in a statement on Instagram Monday, which says that locations in Downtown LA, Santa Barbara, Oakland, and Portland will all close. They’ll continue running their breweries and taprooms in Anaheim, Encinitas, North Park, and at its original Point Loma location.

Opting to close half its locations is the result of multiple factors, they said in a blog post on their website, including “four straight years of rapid, costly expansion followed by an unforeseen and financially devastating global health crisis, and an industry-wide decline in sales.” The post adds that “the financial state of the company that we are now tasked with directing is not just unsustainable, but in immediate and unavoidable peril.”

All four shuttering locations served as restaurants and tasting rooms. On top of that, the two locations in DTLA and Portland served as major brewing locations, producing some of the breweries’ best – and most experimental – beers. The statement acknowledges that brewers, servers, bartenders, and kitchen staff will be laid off as a result of the closures.

Craft beer sales have declined significantly in the past year – according to the Brewers Association, sales were down 9% in 2020. This came at an especially bad time for Modern Times, which had expanded at a massive rate since opening in San Diego’s Point Loma neighborhood in 2013. The DTLA and Portland locations opened in 2018, followed by Santa Babara and Oakland in 2019, and Anaheim – which will remain open – in 2020.

The move comes in the wake of a new leadership team taking over at the company. Last month, they announced their new CEO as Jennifer Briggs, former VP of Human Resources at New Belgium Brewing, and member of the Beyster Institute in San Diego, which advocates for employee ownership at companies (Modern Times is 30 percent company-owned).

Briggs is the first Modern Times CEO after founder Jacob McKean resigned and apologized last year, following a series of Instagram posts alleging that the company had a hostile work environment for women and BIPOC.

These moves, their statement says, are a turn towards “a path that we feel will lead to a renewed vision and new life for Modern Times.” They add that they’ll be turning the focus of their distribution and hospitality “back to Southern California and the Southwest.”

The four closing locations’ final day in business will be Friday, February 18. If you’re like us, you’ll go down to the Dojo for one last beer – and leave a nice tip while you’re at it.