The Spirit of Beer: An Inside Look at Hermosa Brewing’s Taproom Location in El Segundo 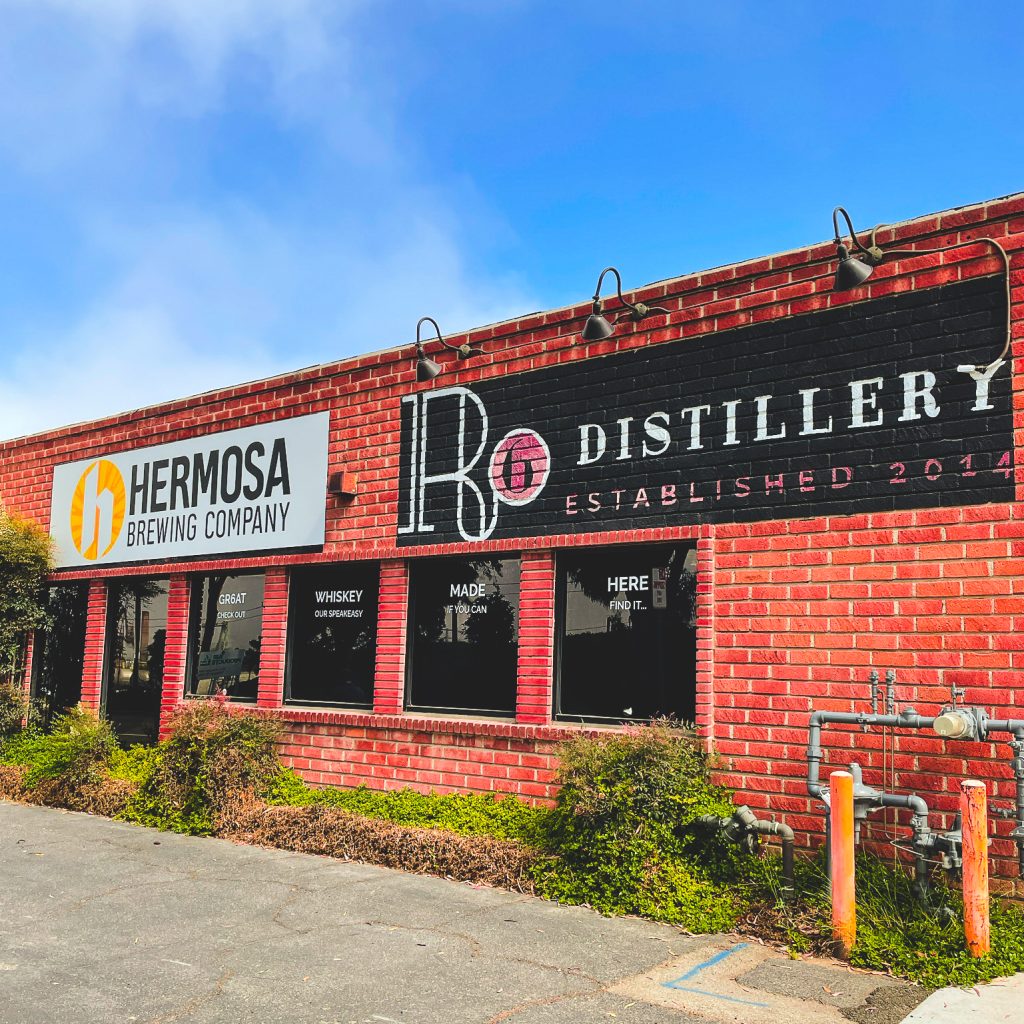 When Hermosa Brewing opened the doors to their Hermosa Beach tasting room in 2018, they immediately became one of the premier craft beer destinations in the tiny beach town. Despite not having a brewing facility on-site, acclaim for their clean beers (brewed out of Rouleur in Carlsbad and 14 Cannons in Westlake) spread quickly. But they didn’t just coast down that initial wave of success – they decided instead to ride their way up into a second location: Hermosa El Segundo, nestled beside R6 distillery, for a partnership that goes together better than sand and sea.

R6 Distillery, like Hermosa, has a history. Before Hermosa Brewing took over part of their production facility, Three Chiefs Brewing had shared the space, and before that, Rob Rubens himself dedicated the second half of his facilities to his own brew space. Now R6 and Hermosa are making their own history as part of a collaborative brewery, distillery, and restaurant all under the same roof. 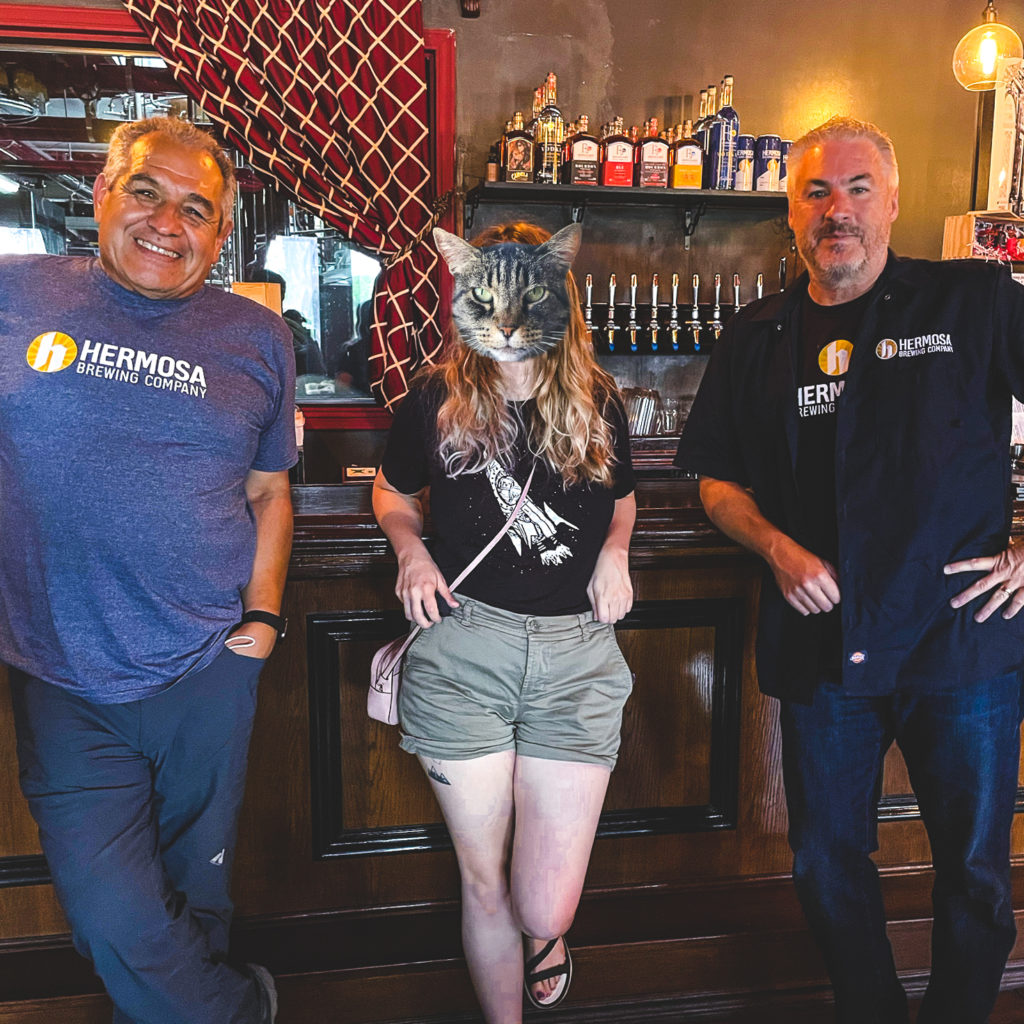 Dave Davis and Jorge Delgado, co-founders of Hermosa Brewing, started out as friends, and more specifically, homebrew buddies. Dave and Jorge bonded over beer at a time where Jorge, a budding homebrewer, decided that he wanted to do more than brew – he wanted to brew beer that his wife, and other non-hop-head friends, could enjoy. That creed of providing a base of beers for anyone and everyone would follow Jorge and Dave into the inception of Hermosa Brewing, whose mission statement became “Craft Beer for the Beach”. While Hermosa Brewing’s roots started in contract brewing, the El Segundo location has given them a space to call their own, paving the way for experimental, small-batch brews and finally, a permanent brewing location.

The El Segundo location, a.k.a Smokey Hollow Tasting and Taproom, is carrying on the legacy and magic already captured at their original location; a destination equally accessible for beer fans and foodies. Now though, the secret ingredient is their other half; R6 Distillery. 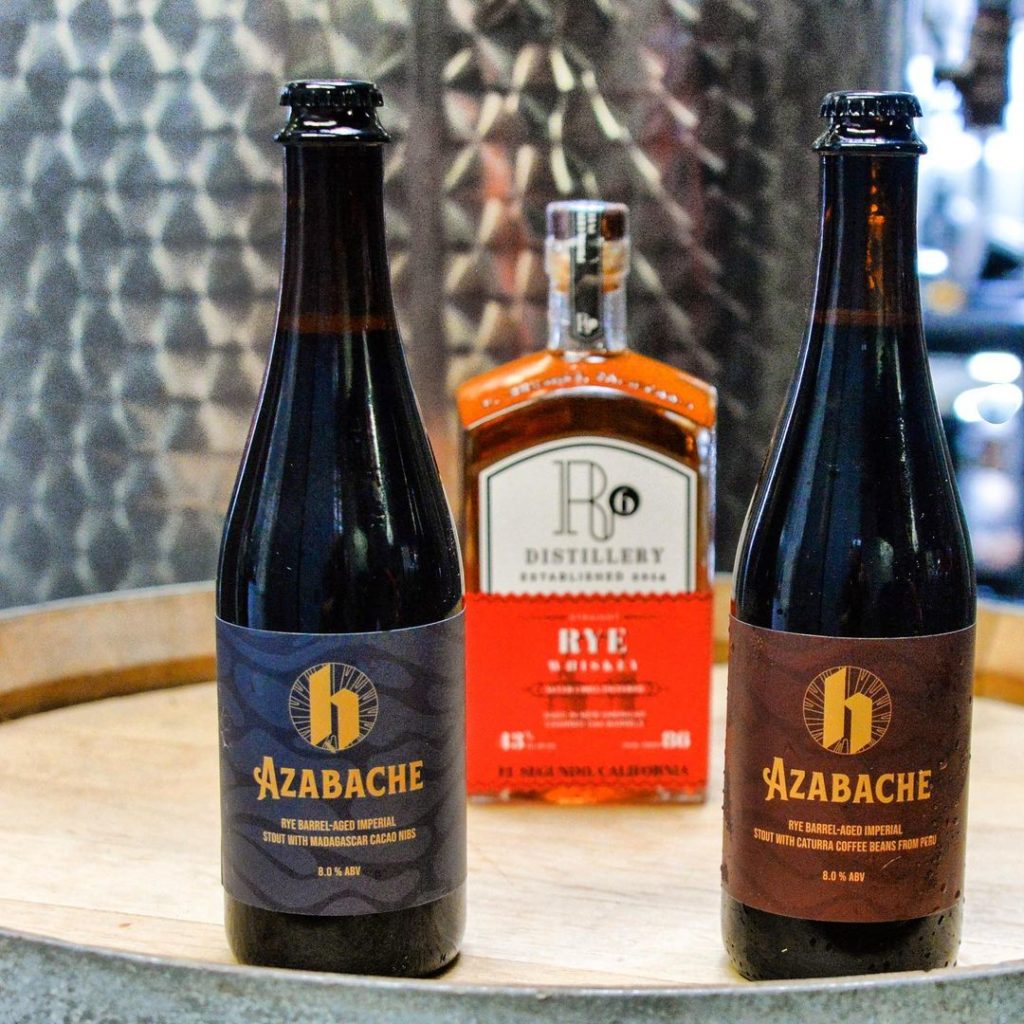 Instead of working as two separate stops (which could make for an interesting night), they work in conjunction; R6 will be turning Hermosa’s on-site beer into a whiskey in the future, and Hermosa has already returned the favor with their first barrel-aged stout release, Azabache. The fresh Imperial Stout aged for 6 months in R6 whiskey barrels, with half conditioned on chocolate from Bar Au Chocolat, and the other half conditioned on coffee from Skillet and Whisk. Azabache is a wonderful barrel-aged debut from Jorge, and we’re eagerly awaiting the next. 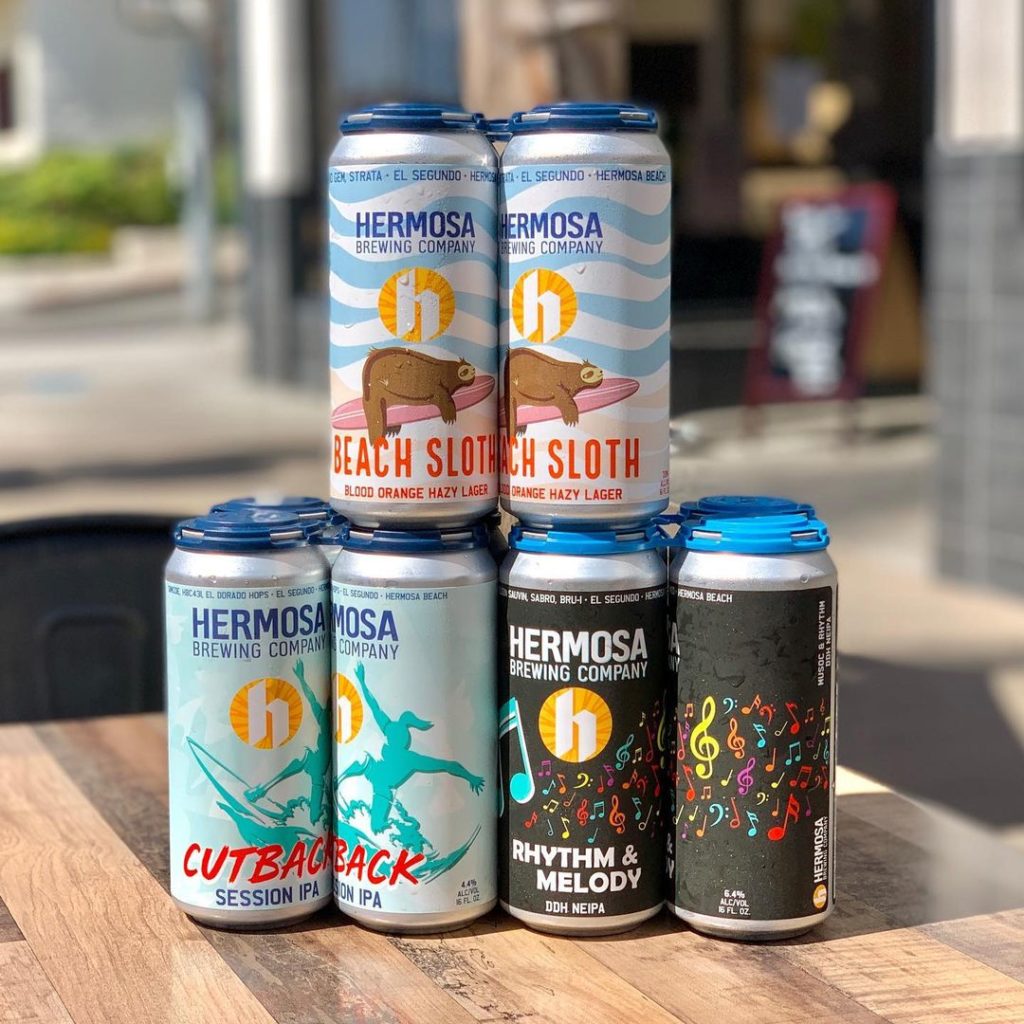 But there’s no worry that Hermosa is going full-on artisan stout bar; they’ve even got 3 new can releases this week that scream beer for the beach, and we got to try them all. The Beach Sloth, which remains a fan favorite from the OG location, finally makes its debut in cans; a blood orange hazy lager, this tasty, tangy brew makes you picture a day on the sand knocking back a four-pack. The Rhythm and Melody is a double dry-hopped NEIPA with flavors that dance across your taste buds in a combination as fitting as hops and haze (or music on the beach). And finally, the Cutback Session Ale, an incredibly bright and crispy session IPA: the perfect beer to crack open after taking a break from the waves.

Hermosa is just getting started at the El Segundo location but they’re already hoping to expand in the future, and the LA Beer Cats look forward to trekking to wherever that is; land, sea, or concrete jungle. 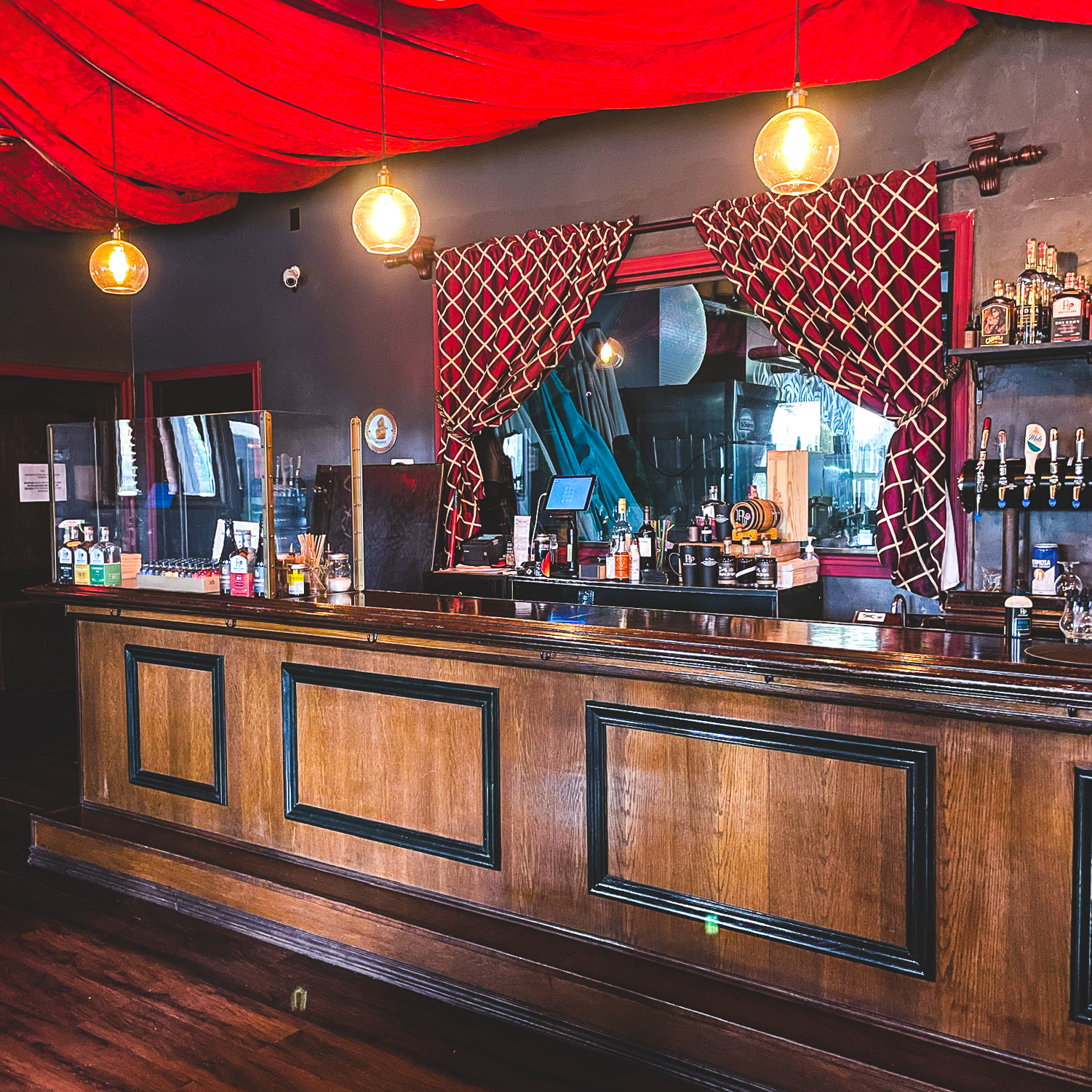 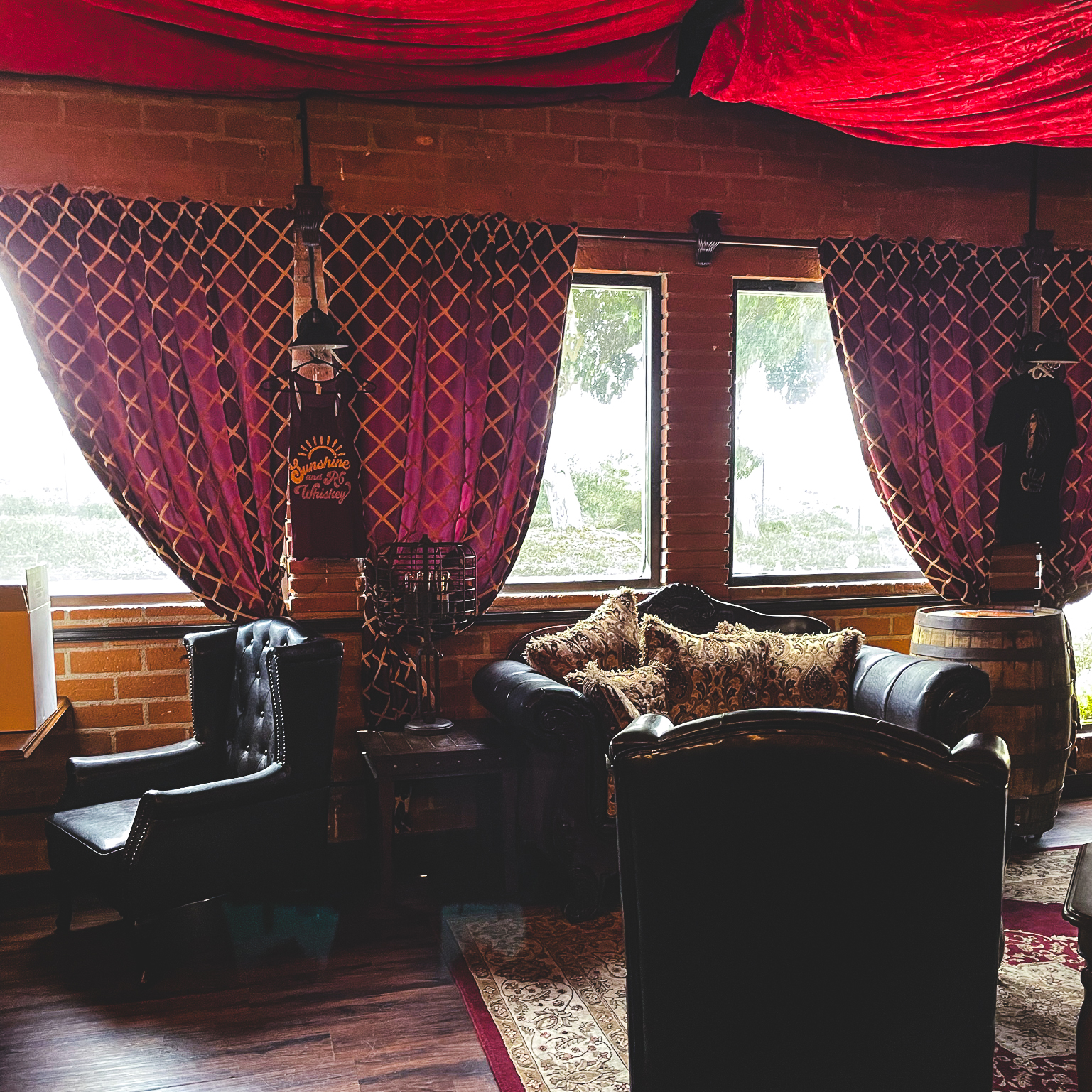 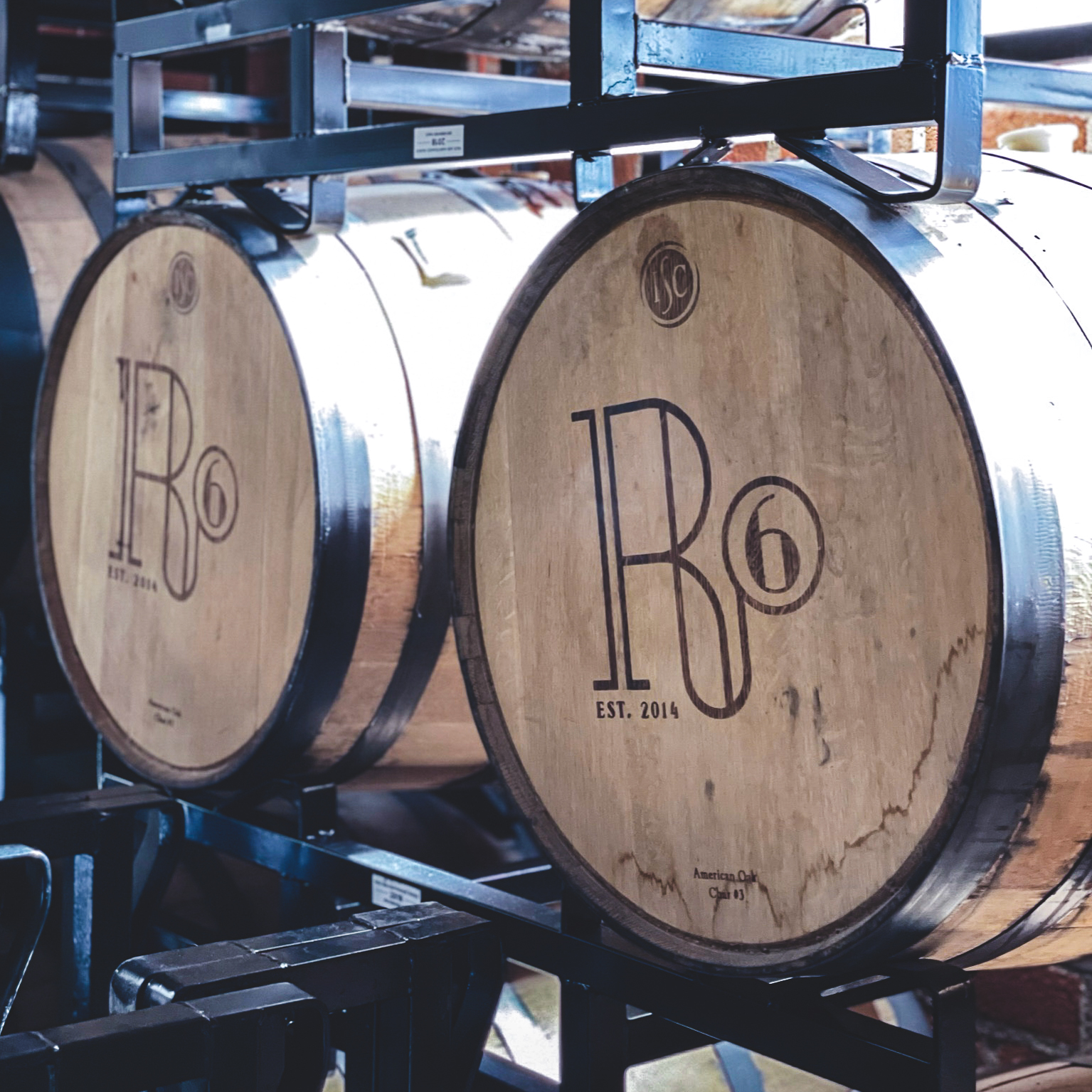 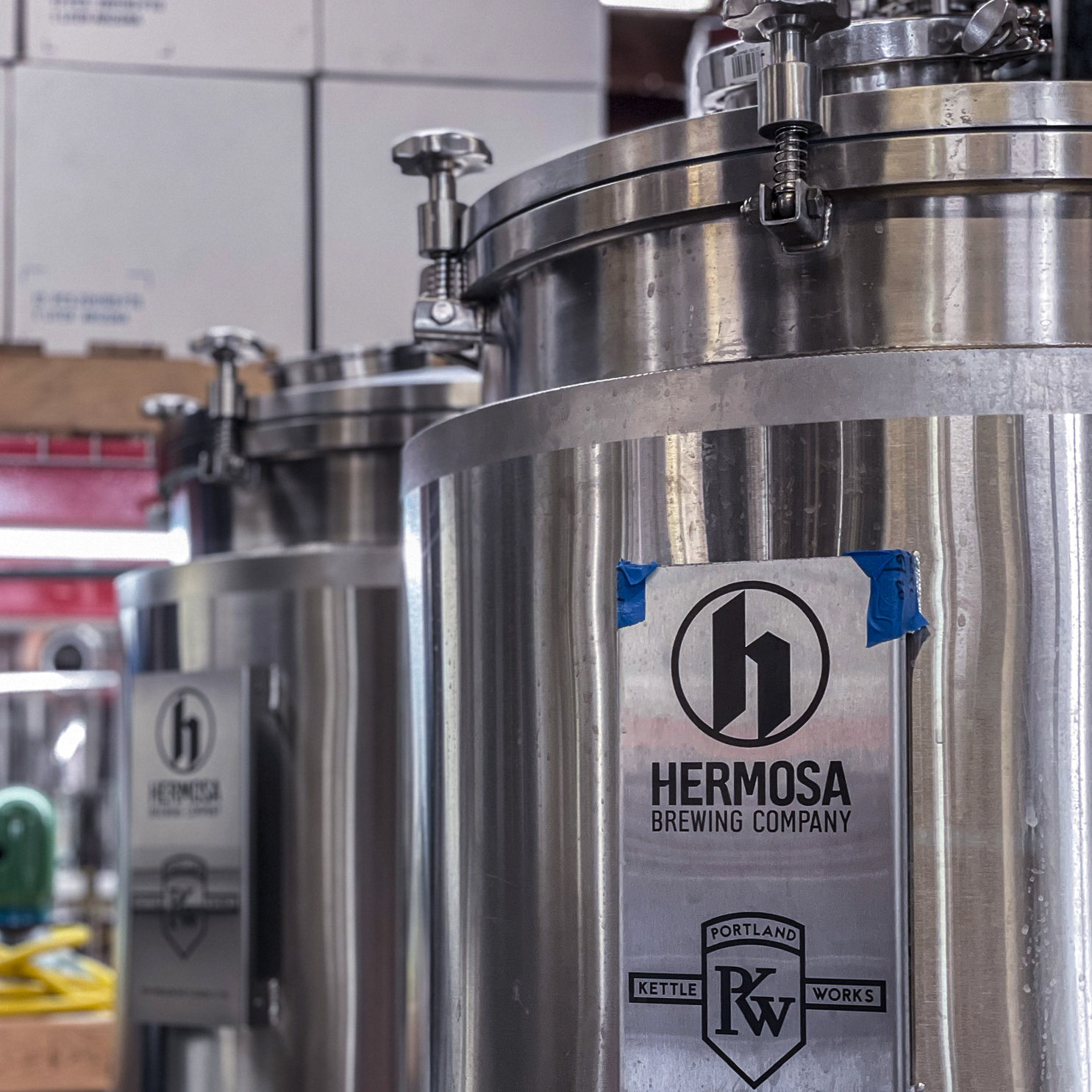