Third Time’s Just As Charming: The Past, Present & Future of Lucky Luke 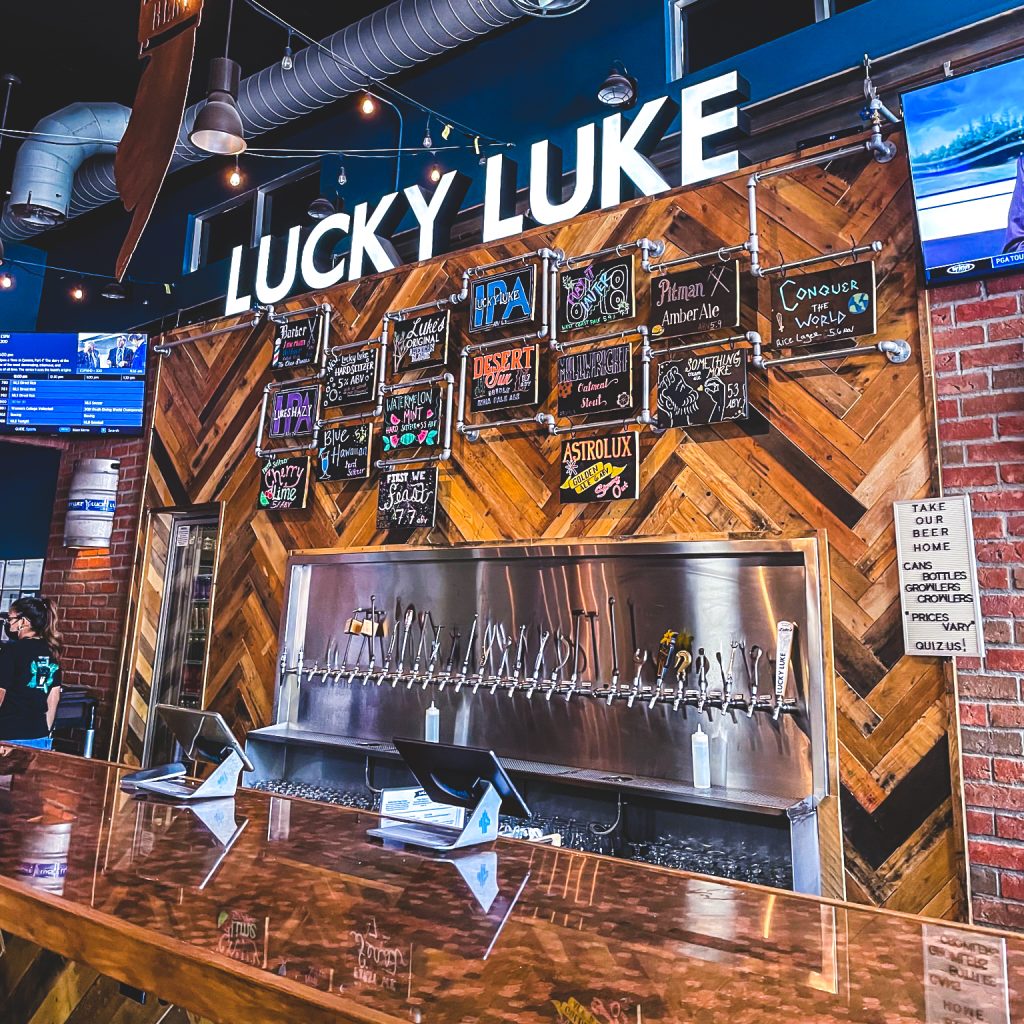 Legacy. Tradition. Honor. And a love of beer. That’s the simple recipe the LA Beer Cats learned when sitting down with husband and wife duo Brian and Sam, the co-founders and owners of Lucky Luke Brewing.

Brian comes from construction and product management. Sam went to school for business and ran a bakery for five years. Brian’s the brain behind the brews. Sam loves planning events and interacting with customers. Both are Palmdale natives. But how did any of that actually lead to creating a legacy brewery that’s on the precipice of their third location? 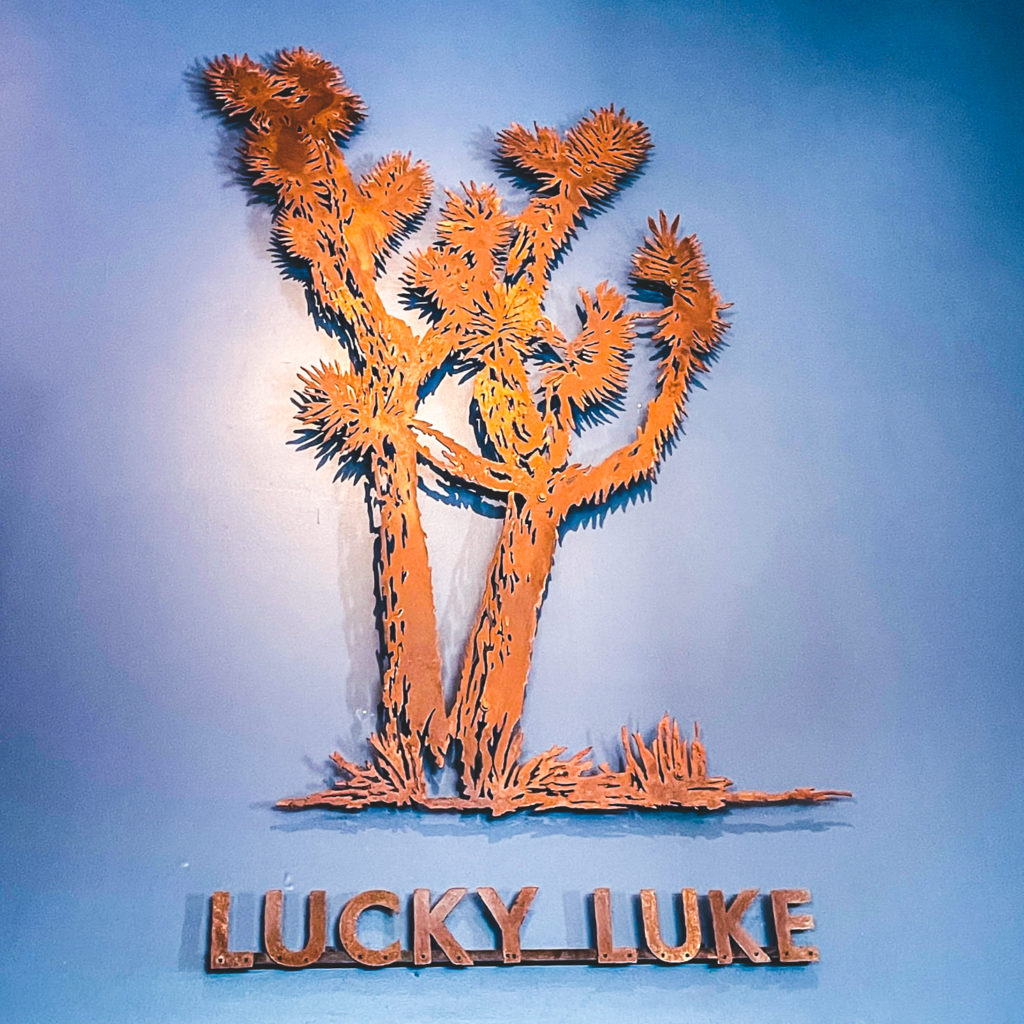 The patriarchal namesake of Lucky Luke, Brian’s great-grandfather Luke taught his great-grandson the importance of making things with your hands: some cool cats make biscuits, but Brian made beer. And at a time when the Antelope Valley was pretty dry when it came to breweries, they opened their first taproom in 2015 in Palmdale, across from a scenic field of young Joshua Trees. It seemed inevitable that they would match the flora-laden view of their Palmdale taproom for their official logo; the Joshua Tree, after all, was a symbol of home. And as the great-grandson of Luke, Brian had to do right by him; you’ll see repurposed tools throughout the brewery as a dedication to his handiness. But that glosses over the hardest part of all: figuring out what to brew. 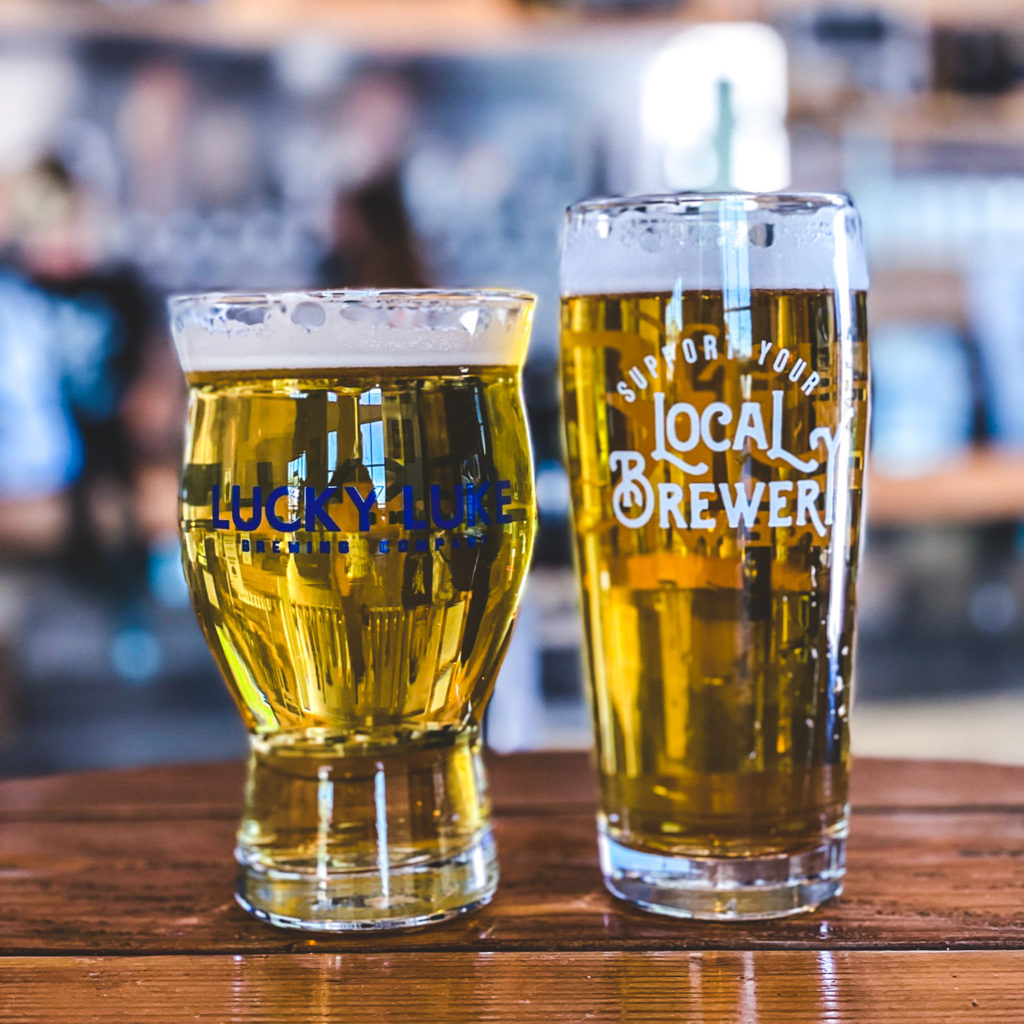 Beer flavored beer was the motto behind the menu, but Brian quickly found out the difference between brewing for himself and his friends versus brewing for the palette of the masses. Brian and Sam would keep learning though; how to run a brewery, how to create a tap list that pleased the locals and the beer enthusiasts, and how to sell the public on a brewery with penny-laden bartops (only 1/4000 pennies is flipped up, can you find it?). They clearly got the hang of it, because, in 2019, they opened another taproom in Lancaster, with an emphasis on food to pair. And then, due to a series of unforeseen circumstances, they found themselves ready to open up their third location in six years; the location of Santa Clarita’s adored brewery, Wolf Creek Brewing. 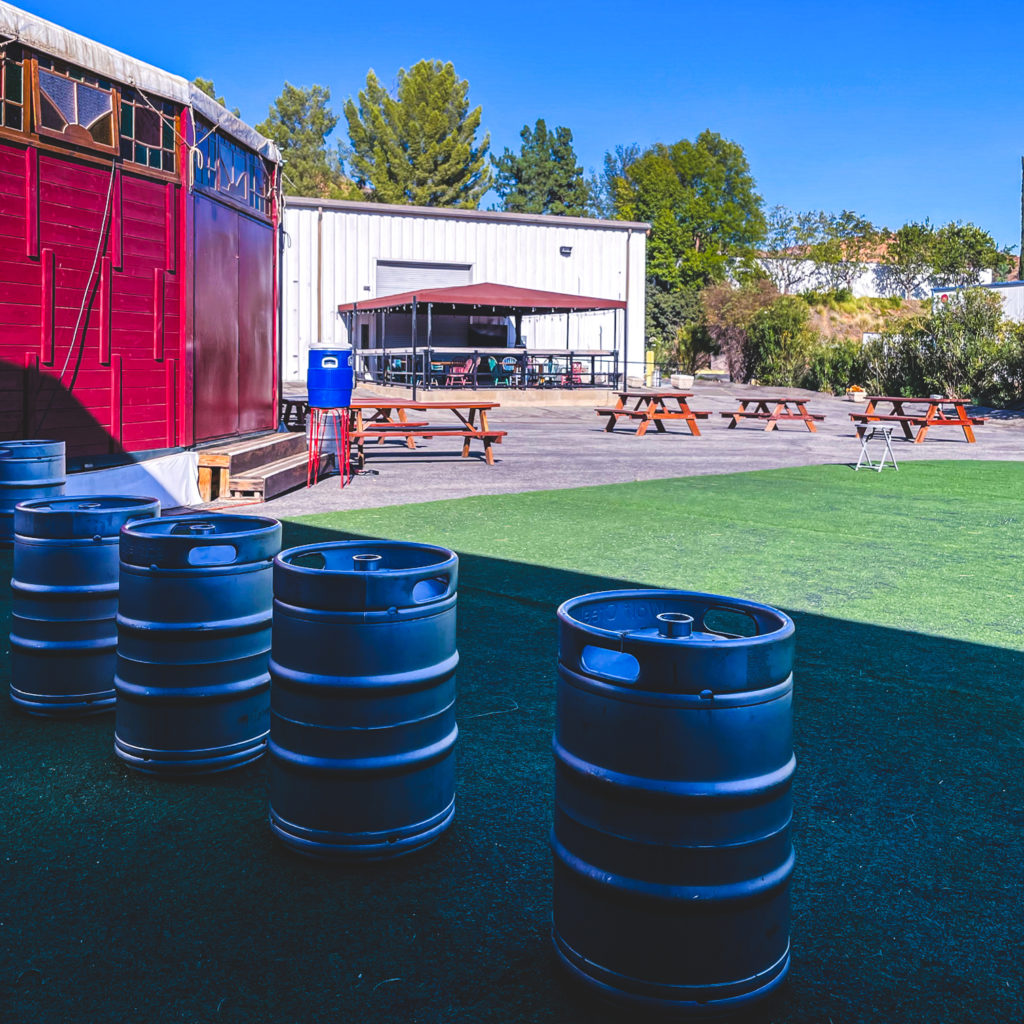 Honoring legacy and keeping memory alive was an important mantra, and one that ultimately sums up the loving touches that Brian and Sam are creating as the torch is passed on from Wolf Creek to Lucky Luke. And though the name on the sign may read Lucky Luke, they’ll continue brewing Wolf Creek beers to serve at the sister restaurant down the road in the ultimate homage to their brewery family. Brian and Sam continue to extend their hand to the community as the pandemic continues; they’ve opened their production line up for guest canning over the last year and a half, offered mentorships to up-and-coming brewing mentees, and continue to hold themed events for their beloved community (Lucky Luke Prom, anyone?). And when Lucky Luke Santa Clarita Valley is at full capacity, they will add ten times capacity to their production, meaning we can see more of these brews than ever before. Not to mention, the literal one-of-a-kind Spiegeltent will remain on the premises, having just completed another Oktoberfest.

Whether you’re already a fan of Lucky Luke or are new to these AV natives, we can’t recommend them enough; keep the tradition going and check out the official opening of Lucky Luke Santa Clarita Valley. Drink a beer, keep the torch passing, and see that the third time… is just as charming. 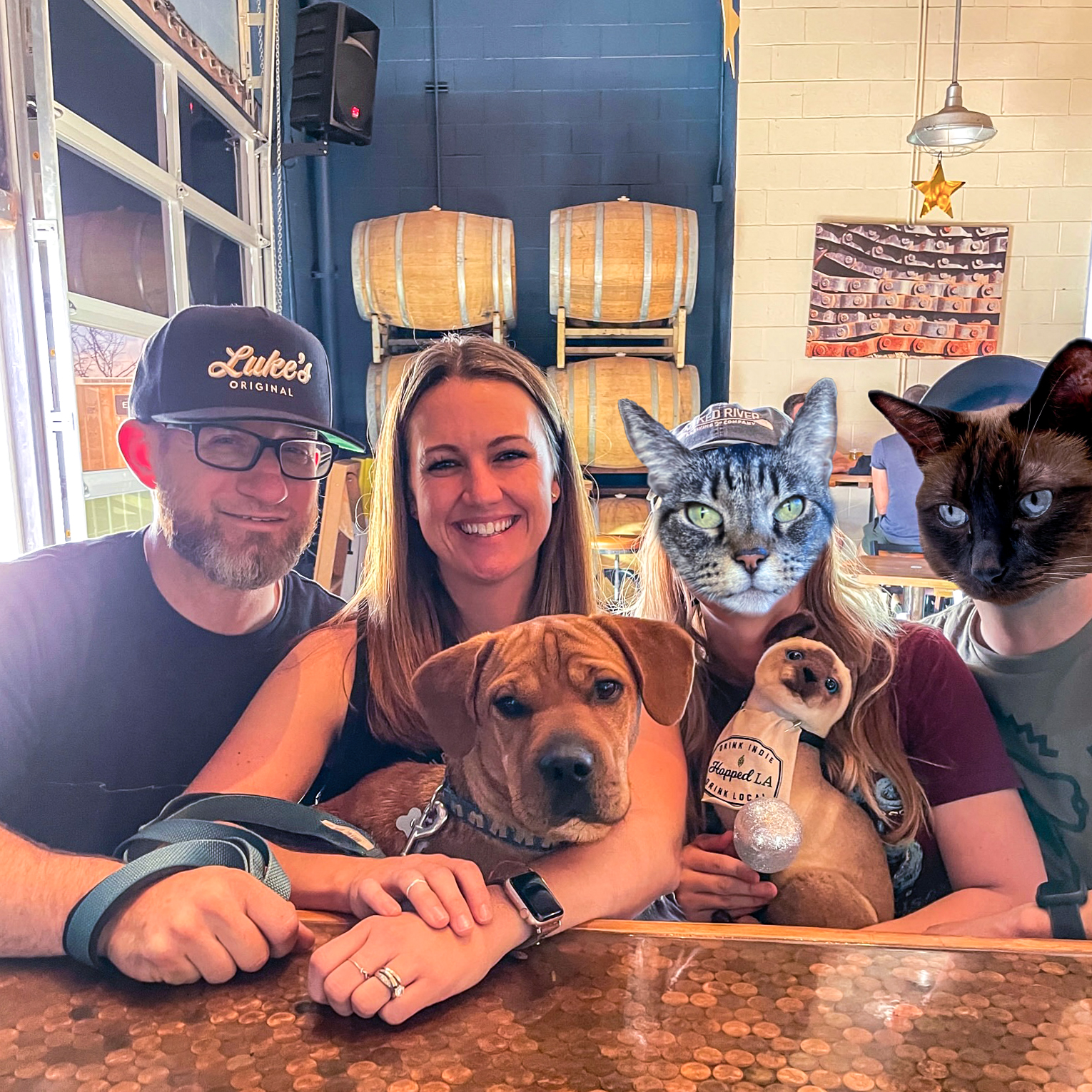 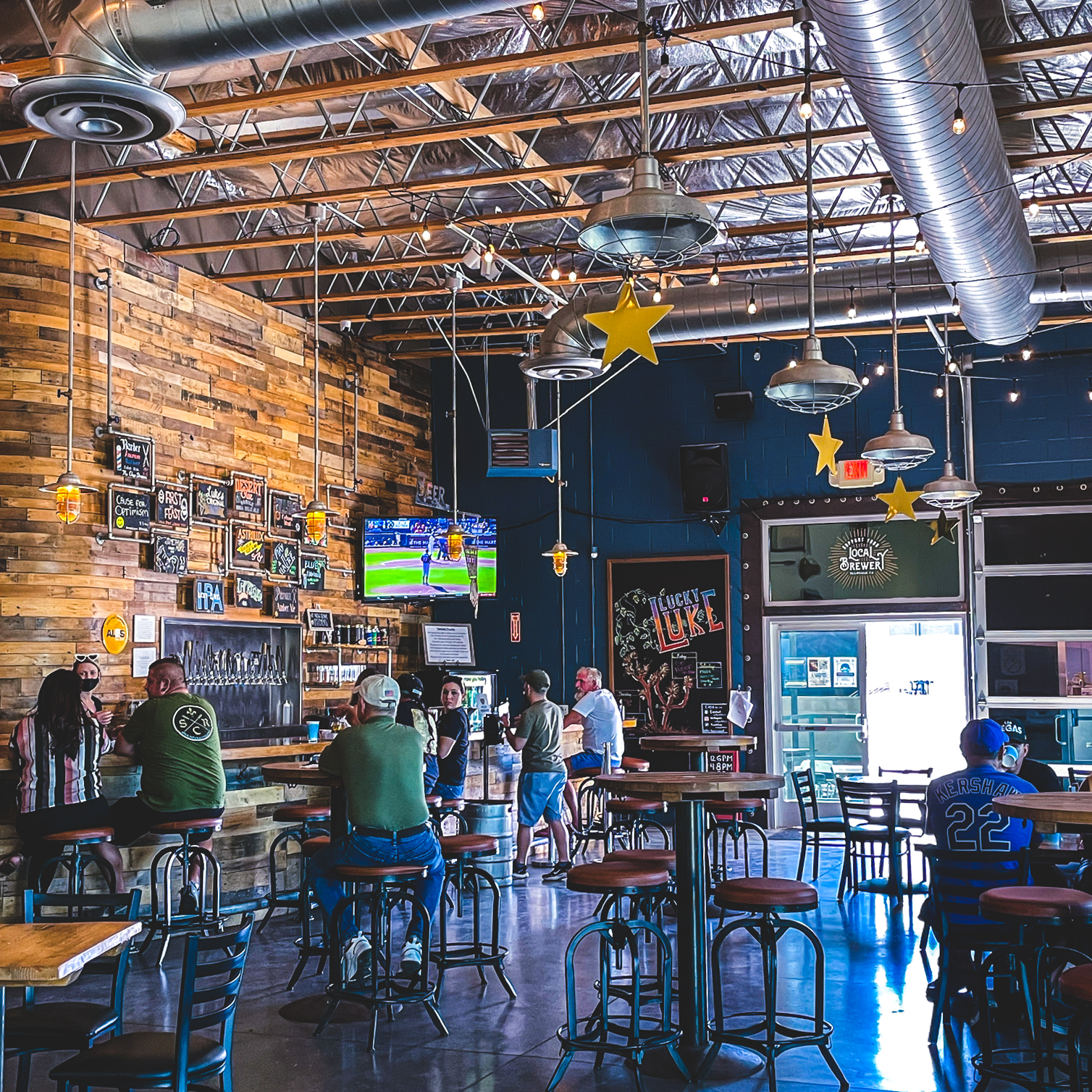 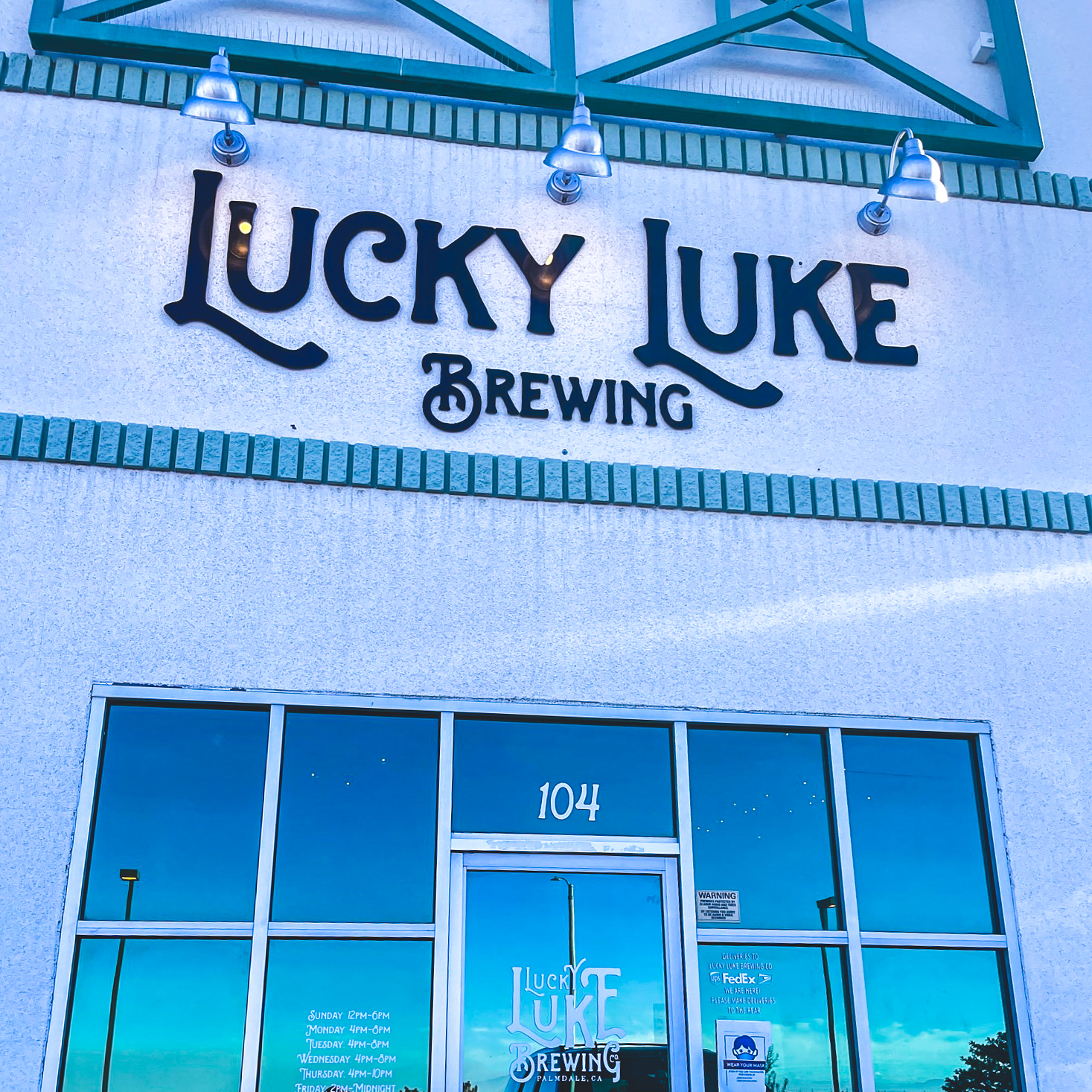 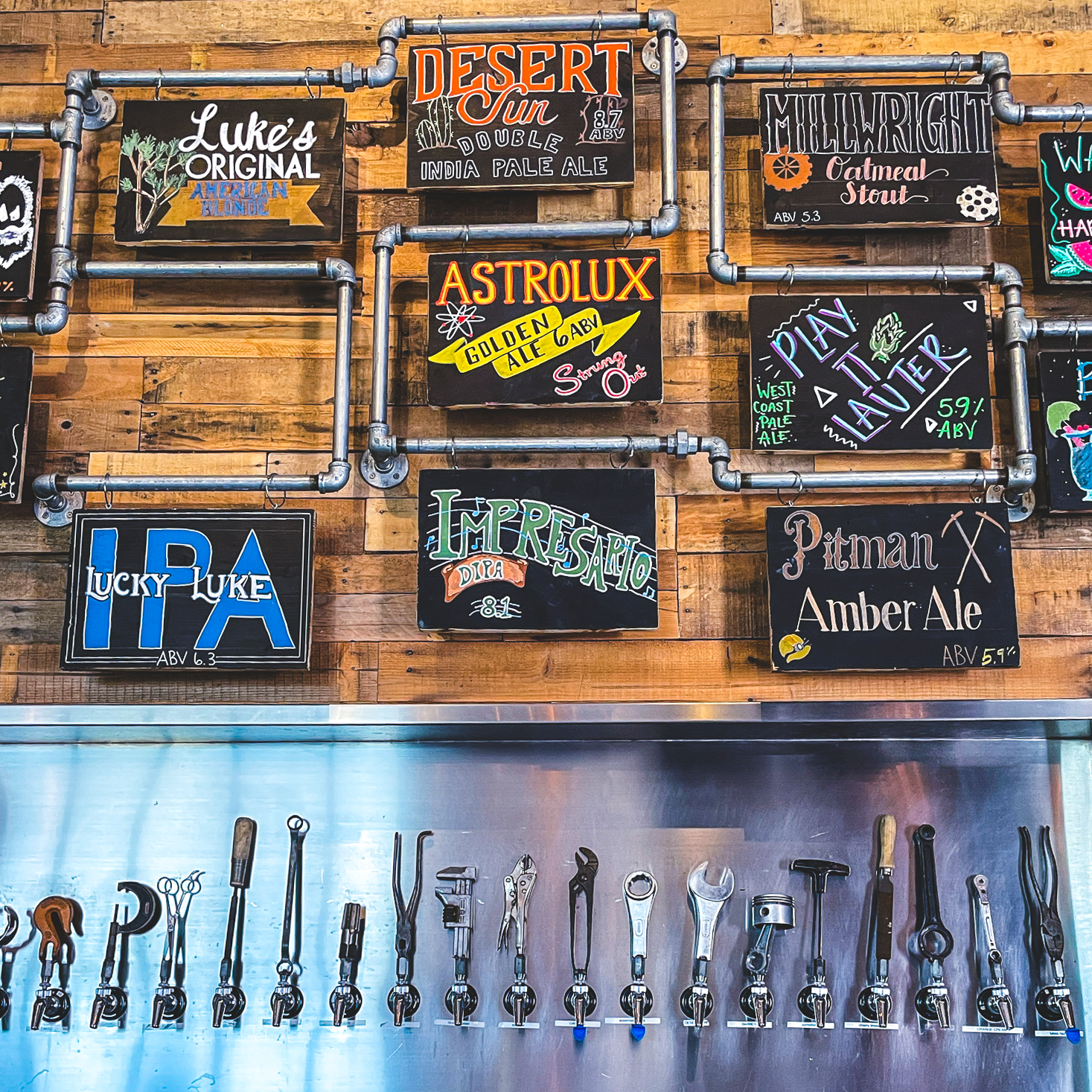