#RANKED: The Best LA Beers We Drank in 2020 with Russell from The Beer Travel Guide [PART 2]

End of the year means it’s time to rank our best beers! We kicked things off last week with PART ONE featuring our rankings #10 to #6, which you can catch RIGHT HERE. And now we’re back with the final countdown, rankings #5 to #1 for the best LA beers we drank in 2020.

Listen to the podcast version that Gary recorded with special guest Russell Hainline of The Beer Travel Guide above (or in your podcast app of choice). And if you’re more of the reading type, you can see my top 5 picks detailed below and you can check out Russell’s Best California Beers of 2020 right here.

As the only Stout to make this list, you know that Puff Pastry had to stand out in a big way. Honestly, this beer changed the way I looked at Pastry Stouts going forward. Let me back up a sec. Puff Pastry was part of a triple release for Best Buds Day, a collab event Arrow Lodge hosts with Moe from Craft Beer Kings on April 20th. I got a can shortly thereafter, fired up my trusty camera for an episode of Uncanned, and the rest is history. The first thing that strikes you on this beer is the appearance. It’s super dark and viscous like most Imperial Stouts, but poured the most enticing dark brown head, almost like hot cocoa foam. The aromas were roasty and delicious but not overly sweet like some adjunct stouts can be. On the taste, you get thick and sweet-but-not-too-sweet chocolate and vanilla, great roast character, and zero alcohol booziness. It’s an excellent dessert-style beer that I thought about regularly throughout 2020. 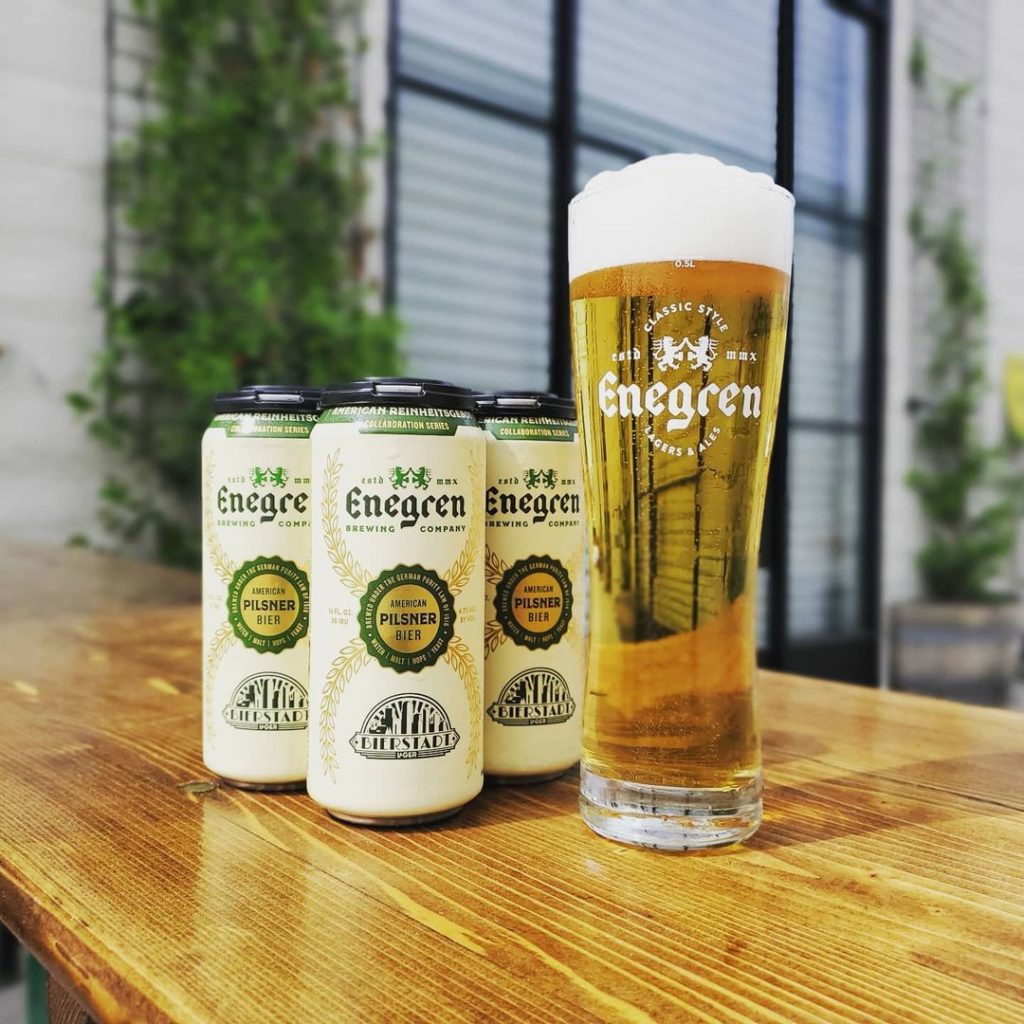 This past spring, the lager masters of Moorpark brought out the lager masters of Denver for an epic collaboration that turned hop heads into crispy boys. This Pilsner was released as part of Enegren’s annual American Reinheitsgebot anniversary series and was probably the first hype lager beer Southern California has ever seen…and for good reason! The beer poured a crystal clear, bright golden straw color with tons of bright carbonation and featured a really nice crackery malt character, spicy noble hop flavors, and drank clean, crisp, and delicious. Even though this was a one-off collab release, I sincerely hope Enegren and Bierstadt team up to brew this beer again. The world needs it.

As long as Cellador exists, they have a spot on this list every year. Sure, that is completely biased, but Cellador puts out such incredible, unique beer, and they are completely deserving of the praise. It’s hard to pick just one beer (Russell included another beer on his list along with multiple other honorable mentions), but for me, it has to be Mas, their collaboration with David Masumoto featuring late harvest Masumoto nectarines aged in fresh Cabernet barrels. Mas bursts with salivating tropical fruit flavors, notes of bright pineapple, sweet tarts, lemon rind, with a slightly floral bouquet. You do get a bit of oak character from the barrels with just a hint of vanilla. For a wild ale, the acidity is incredibly restrained and is light on the palate with really bright carbonation. I count myself lucky that I have a couple more bottles sitting in my cellar. 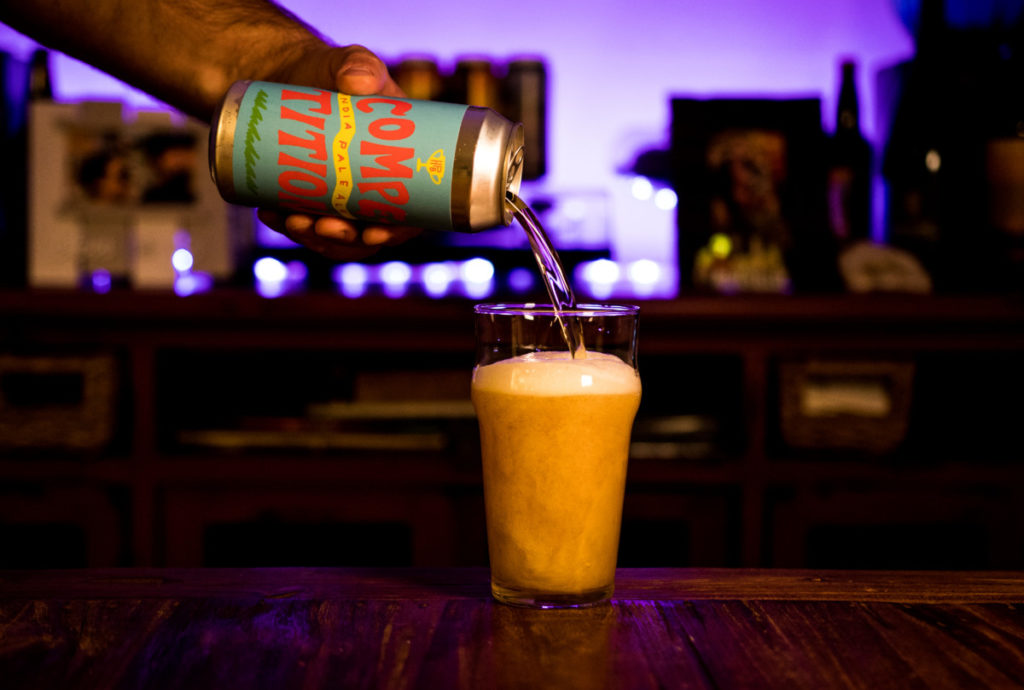 If you follow me anywhere, you’ve probably heard me raving about my favorite hop of 2020: Strata. This hop’s been on the scene for awhile but this year it’s been seemingly everywhere…and I’m not complaining! Competition was first released in February for LA IPA Festival where I tasted it, but quickly glossed over it amongst the dozens of IPAs tasted that day. But when Highland Park re-brewed it and released it in cans later that summer, I heard some really great things and had to give it another look. Competition is a true West Coast style IPA that sits at 7.6% and is hopped with Mosaic, Citra, Strata, & Simcoe. Pretty all-star lineup if you ask me. On first sip, the bouquet of Strata, Citra, and Mosaic hops really comes together with flavors of fresh strawberry (fruit, leaves, stem and all), pineapple, orange peel, and a touch of pine on a bright and dry body, finished with a quick hit of bitter dankness from the Simcoe. Fingers crossed this comes back in 2021.

The #1 spot on this list has been occupied in my mind by El Segundo since the April release of Blurred Lines, their 7.2% Hybrid IPA. If we talked about beer at all in the first half of 2020, it’s very likely I mentioned this beer at some point. But then, in August, another El Segundo IPA overtook Blurred Lines for my top beer of 2020. That beer was Smooth Deep Blues, a 6.8% West Coast IPA, again featuring my favorite hop, Strata, alongside Citra and Amarillo. The result is an incredibly well-balanced IPA featuring tangy citrus, juicy melon, bright strawberry complemented by just the right amount of darkness. Smooth Deep Blues was the first release in El Segundo’s new Tone Series, which really took the beer world by storm in 2020, giving us all a whole new look at what El Segundo and West Coast IPA is capable of. While we don’t know what the future holds for the Tone Series in 2021, I’m optimistic that El Segundo will pull out Smooth Deep Blues again or at least some evolution of a similar approach. It’s a beer that lies right within my current palate preferences and I think represents what SoCal IPA drinkers are looking for in IPAs that are incredibly aromatic and flavorful with low bitterness and extreme drinkability. 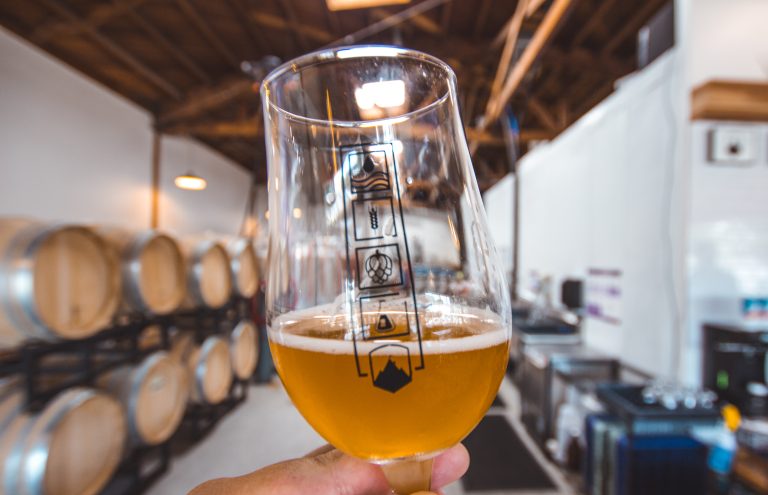 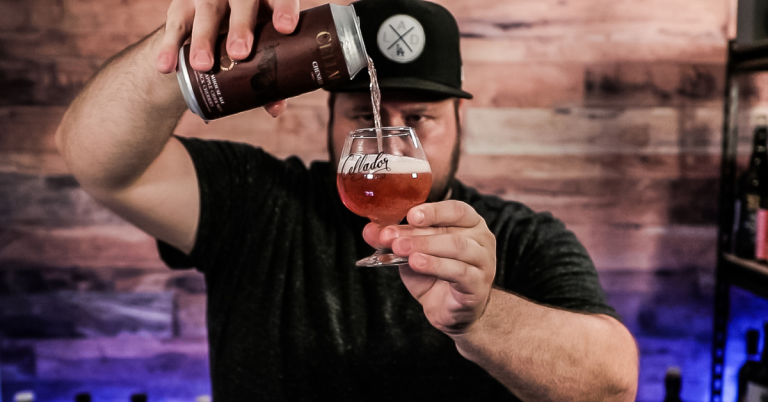 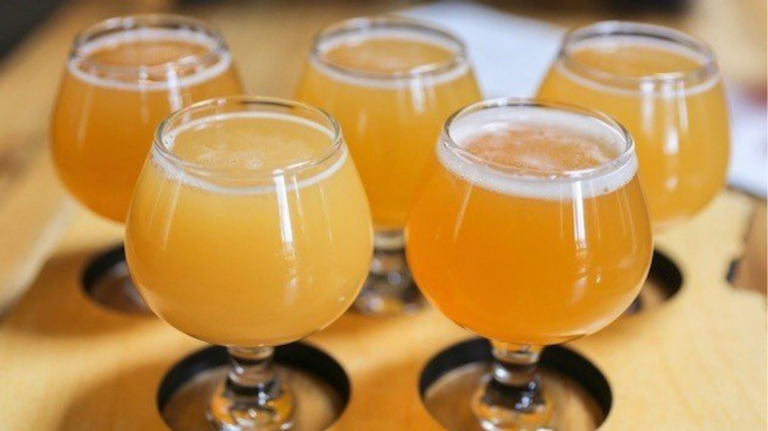 The Best Hazy IPA Breweries in Los Angeles & Beyond 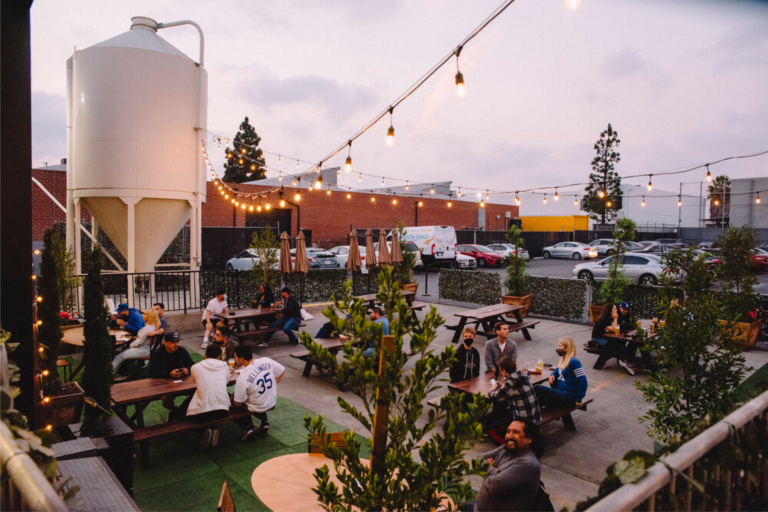 The Best Brewery Patios for Outdoor Drinking in Los Angeles 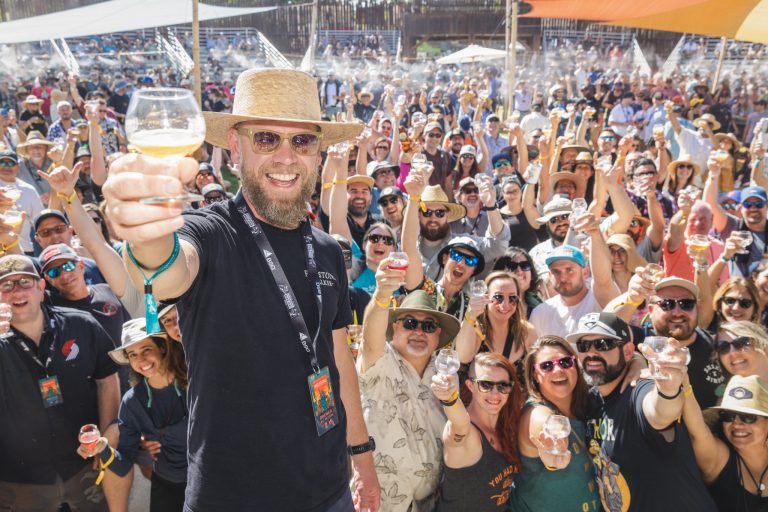 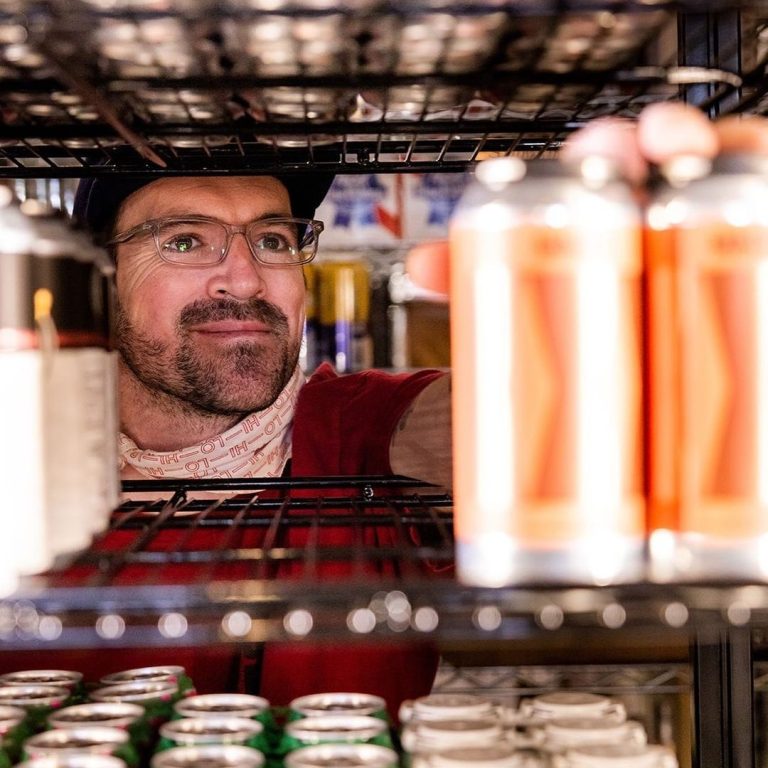 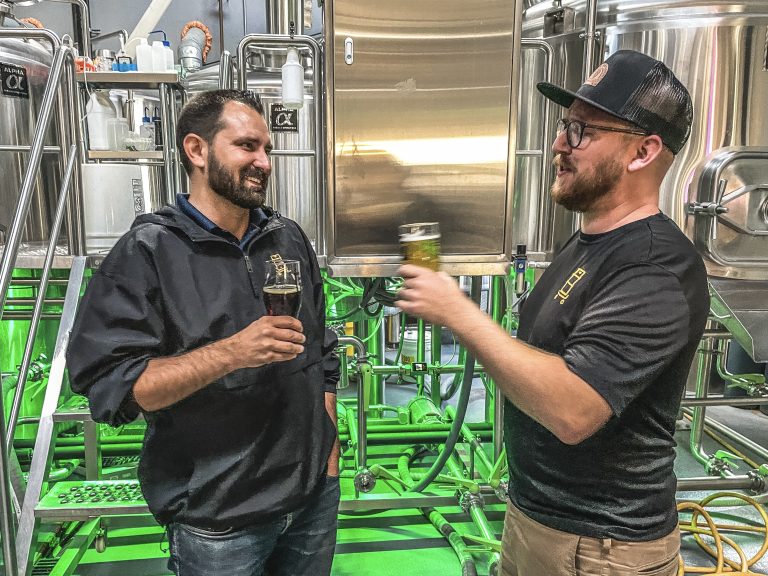 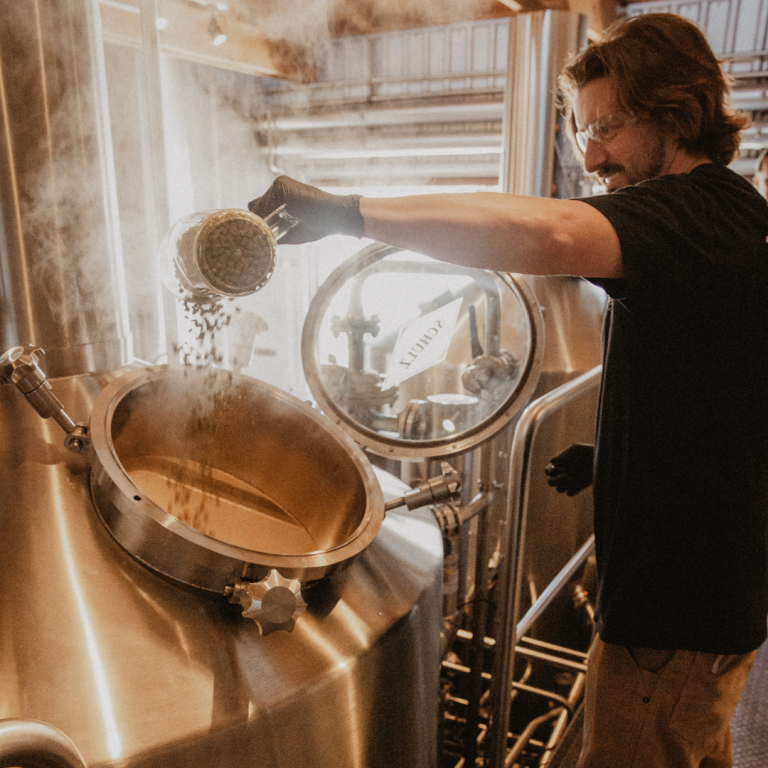