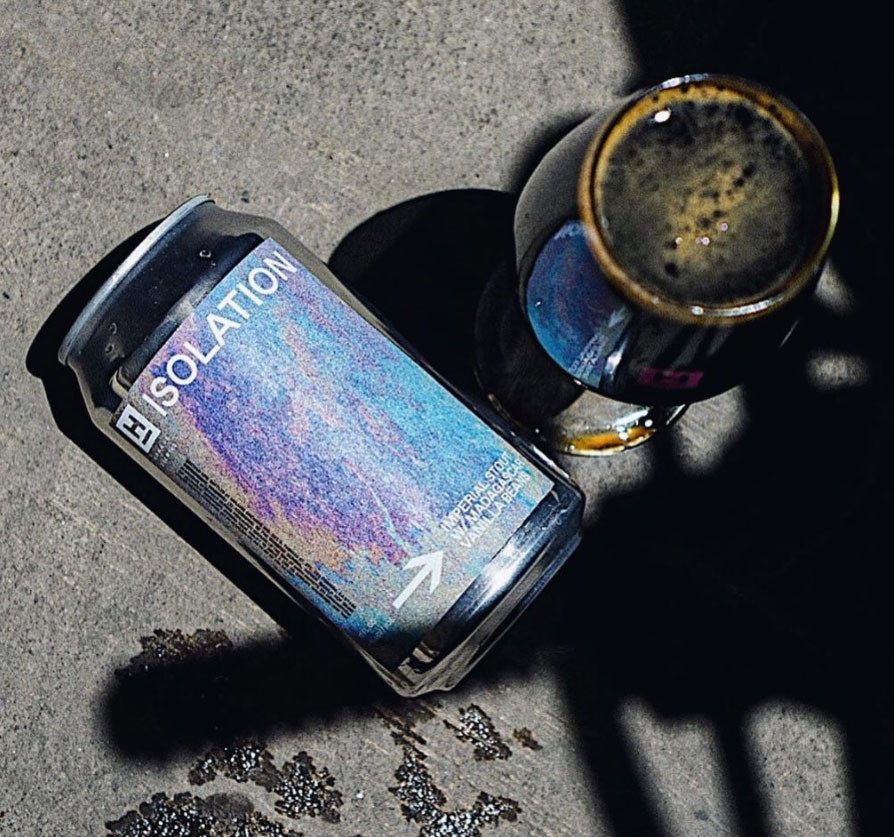 The coronavirus pandemic is nothing to laugh about. We all know this, and we also all know people who aren’t taking this thing seriously enough, to which I say, get the hell off Twitter. You’ll feel better, at least for an hour.

Still, sometimes you need a good laugh, and I’m more than happy to have my giggles come from seeing the creativity and ingenuity of our Los Angeles breweries. All of them have had incredible hurdles to overcome, especially at this very moment, when Los Angeles is the only county in all of California that is not allowing breweries to open for onsite consumption due to strict regulations by the L.A. County Department of Public Health. It’s pretty amazing that any of these owners, managers, and beertenders have a sense of humor left, and yet here we are, staring at cans with some amazing beers and hilarious names that give a big middle finger to COVID-19.

If you’re going to drink, you might as well do it in style while drowning in alliteration, puns, and metaphors. And, thus, here are my favorite new beer names to be announced over the past few ridiculous months.

The Torrance stalwarts were one of the first to quickly name new beers in honor of these trying times, and they have not shied away from doing so over and over again. While they have an entire and very accurately named Strange Times series and a beer aptly named The New Normal, it’s their very first coronavirus-era beer that holds a special place in my heart. First released in mid-March, Quarantine Machine is how I still feel about my soul five months later. I also truly enjoy how Smog City described this 6.6% ABV IPA on Instagram: “A beer whose reputation precedes itself, Quarantine Machine is second only to that extra roll of TP you found in your bathroom cabinet! ????????????.” A miracle, indeed.

The hand-clapping emoji is extremely overused, but I want to drop about 100 of them here for this perfectly named rosé sour ale. Three Weavers even kindly defined the noun on Instagram, explaining, “When you’re not really sure if yesterday was Monday or tomorrow is Sunday, and whether or it’s April or August.” Truly the beer for us all! This tart beer is packed with cherries, raspberries, and cranberries, which means you’ll also be puckering up long enough to forget everything going on in the world — one can hope.

The foggy series is a beloved one from the house of hype bois, but by tweaking this April version’s title to fit the fact that we were all stuck staring at our own walls due to Safer at Home orders, this one wins by default. What truly made it great, however, was the label art, which featured a tiny creature hiding in a toilet paper igloo. It was like the house of my dreams during the spring.

It’s straight-forward. It’s succinct. It’s what we will all probably be doing until 2021. This beer is also an Imperial Stout made with Madagascar Vanilla that rings in at 11% ABV. Homage calls it the “perfect nightcap dessert,” but I call it the only way to get through a Tuesday.

Because we all are dreaming of a vaccine and saddling up to a bar in taprooms across this great city. *sigh* And, yes, I did have a difficult time deciding between this American pale ale beer name and MacLeod’s IPA deemed Deal With the Devil. Don’t judge me…

This beer is truly an ode to tenacity. This wheat beer, which is fermented with Kolsch yeast and packed with mango and passionfruit puree and topped off with habanero, isn’t a new brew for the Canoga Park brewery, but it did take on a new meaning this year. Normally released in February, 2020’s version was bottled for release in April. Also known as “Nancy’s Beer,” the hef is brewed in honor of the CEO of the San Fernando Valley Chamber of Commerce. “She’s sweet but her spiciness helped with navigating the cities obstacles and red tape to open a brewery in Los Angeles, she’s one of the reasons we are here,” the brewery wrote on Instagram. “She’s also a main reason we continue to be able to operate during the COVID mandate movement.” Thank you, Nancy! 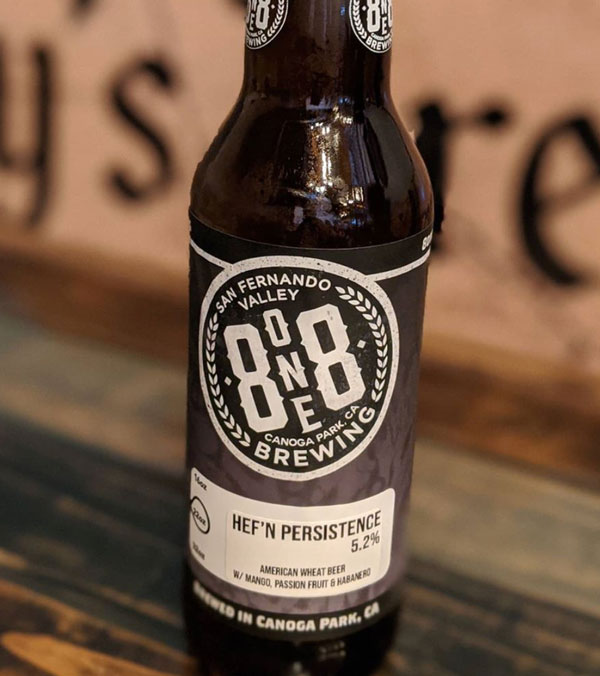 In theory, this fruit-forward Hazy IPA, double dry-hopped with Nelson, Citra and Wai-iti, wasn’t named for the pandemic, but I find it to be a truly successful day if I’ve put on pants for a Zoom call or made three square meals of actual food. Because I am a professional human adult! Sort of!

Take it from the Lancaster brewery’s straightforward pale ale name — social distancing is the way to go. Also, please wear a damn mask.

The Claremont crew leaned into the fact that to-go pickups are the current way of the world, deeming the eighth beer in their Hazy IPA series — which incredibly included their one-millionth can — Curbside. Though this Hazy IPA brewed with Citra and Simcoe is quite tasty, please wait until you are far from any curb and in the safety of your own home to drink it and reminisce about the days when you could walk into L.A. taprooms.

Another brewery thinking positively and looking to the future, Boomtown’s 8.2% Hazy DIPA features trippy can art by Bunnie Reiss that will, at the very least, distract you from the grim present.

Remember normal? I don’t, and apparently, neither does Liberation. In June, the Long Beach brewery dropped Distant Memory, a grapefruit bomb of a West Coast IPA, and the label art features a dumpster fire, which only feels appropriate right now.

As a major baseball fan, this one actually hurts a little bit. Still, it’s pretty damn accurate at a time when MLB stadiums are filled with, at best, cardboard cutouts of fans and dogs — and in the case of Dodger Stadium, Bernie from Weekend at Bernie’s. We’re so damn clever here in LA, aren’t we? Anyway, this West Coast-style pale ale is brewed with Apollo, Amarillo, Azacca, Centennial, and Simcoe hops and Lincoln claims “it’s the perfect beer for watching the game at home alone!” Rub it in, why don’t you?

This is actually a re-release of one of the DTLA brewery’s O.G. beers, but we can’t think of a more appropriate beer to make a return during this cruel, cruel summer. Plus, the Northeast-style Pale Ale has an updated hops profile this time around that features Citra, Ekuanot, and Mosaic, and an ABV of 5.3%. 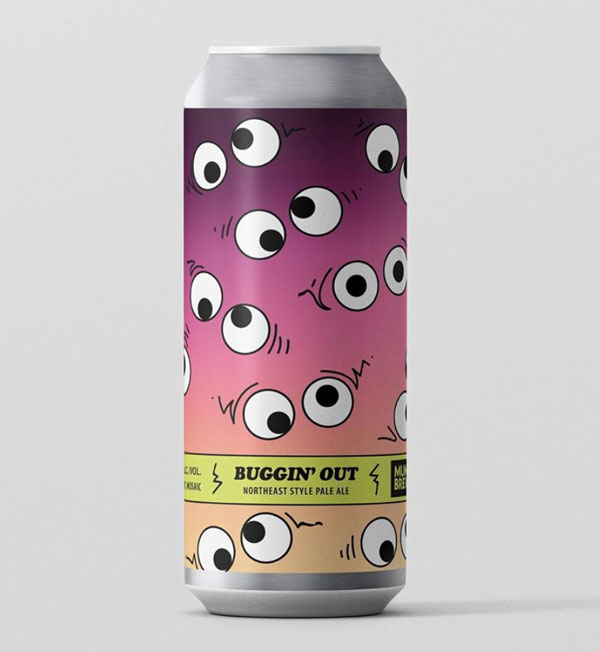 Considering Glendale’s second brewery managed to open up in the middle of a pandemic, we can think of no name more appropriate for one of their first IPAs than WTF!?!, which dropped in early July. The can art reps the brewery’s vintage vibes but also reminds us that we might be in the middle of a zombie invasion in 2020 — who knows anymore, right?

Here’s to hoping you crack open one of these beers to help make 2020 a little less depressing.