The 6 Best L.A. Beers To Drink While Watching the Dodgers at Home 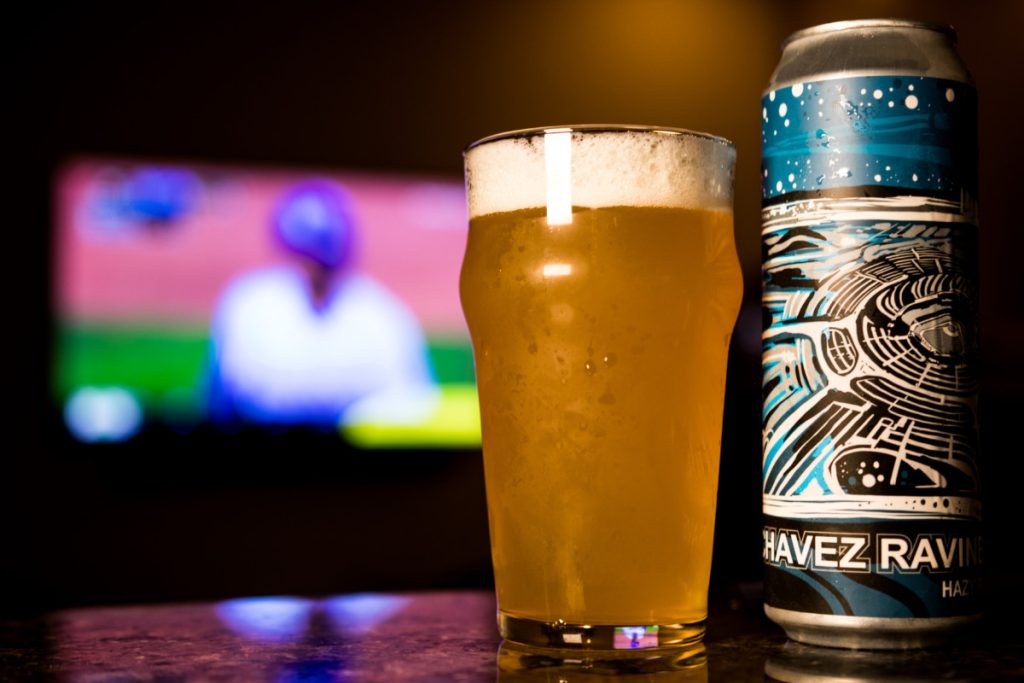 After 266 long, harrowing days, Major League Baseball is finally back.

We missed it, so, so much, and not just because we want to bang trash cans every time we hear someone utter the word “Astros.” It’s because two of our favorite things in the world are craft beer and baseball. Luckily, our beloved boys in blue are taking the field once again, officially kicking off the 2020 season on Opening Night (July 23) against their interstate rivals, the San Francisco Giants.

Though the season has been condensed to a slim 60 games, teams will be staying within their regions for both home and away games, and there aren’t sentient fans in the stands (those cardboard cutouts are trippy though, aren’t they?), we’re just glad to have pro ball back at all this year.

To celebrate the start of the 2020 season, we’ve rounded up some of the best Los Angeles-area beers you can pick up to enjoy screaming at your TV from the comfort of your own couch. (If that still makes you sad, just think about how many more beers you can drink for the price of one at Dodger Stadium AND how much money you’ll save on parking!)

Highland Park’s Chinatown taproom was always a favorite pre-game spot, thanks in part to its proximity to Dodger Stadium and the homey-meets-industrial feel. (I actually missed a couple of games because I didn’t want to get off the barstool, but that’s neither here nor there.) You can still sport your HPB blue tee and climb up the hill towards Chavez Ravine if you’d like, but we highly suggest doing only the former while drinking a Baseball Lager. Not only does it pay homage to our beloved national pastime, but the beer is also clean and crisp. Ringing in at 5% ABV, it’s a solid, crushable option if you want to crack open a few across nine innings. In the mood for an IPA instead? Hello, LA is always a good option full of City of Angels pride.

Common Space has some of the best Blue Crew-themed swag in the Southland, including their “Hawthorne 42” crewnecks, which are finally back in stock at the taproom. While you’re picking up more gear, rejoice in their July 24 release, the Take Action IPA. This Citra IPA was inspired by Common Space’s employees who’ve made their voices heard in the fight for equality and are taking part in the Black Lives Matter movement. A hoppy beer that encourages people to get involved in social justice causes and helps remind us that MLB is, well, back in action? Those are two causes we can get behind.

Much like HPB and Common Space, Boomtown is also home to some sweet Dodgers-inspired merch, and they’re one of the few in town to have a beer act as a direct send-up to the team. Craft beer fans who’ve fallen for the haze craze will be happy to see this medium-bodied, slightly creamy pick on the list, and pineapple- and orange juice-forward notes make it a solid choice in general for a summer afternoon. Unlike most high-ABV hazy IPAs, this one comes in at only 6% despite drinking like an 8% and provides a sweetness that punches above its hops weight. Not only that, but the can art features an illustration of Dodger Stadium, so you may want to save the packaging to display on your TV stand or altar (Do you not have an altar to the baseball gods? Just us? OK then…)

Red Beard IPA is one of our favorite Los Angeles Ale Works brews, so we’re bummed that we can’t raise one to Justin Turner this year. Instead, we hope the beloved redhead appreciates our backup pick. This Munich lager boasts an easy-drinking 5% ABV, and we like to think the name is also how we feel about the Dodgers’ post-season hopes. Added bonus? This lager is currently part of a 3 for $30 crowler deal alongside LAAW’s taproom faves Streets of Neon and Lunar Kitten. The collection is called — what else? — Mookiewood. Welcome to L.A., Mookie Betts! If you really want to feel like you’re still at Dodger Stadium, though, pick up Dead Cowboy — during a normal season, it’s the the LAAW beer available in cans in Chavez Ravine.

If you’re looking for a wheat beer option that will please both novice and pro craft beer drinkers alike, pick up one of Smog City’s newest releases, From LA Wit Love. Co-owner Laurie Porter told Hopped LA that before the pandemic, this citrusy-meets-spicy brew was supposed to be one of the core beers being introduced this year. Take advantage of the fact that this one got canned early because this Belgian-inspired white ale is a love letter to a courageous city. “A real genuine feeling that we have for this city is that we’re creative people and bold, and the way we get through it is to make the right decisions and work hard,” said Porter. We can’t think of a better thing to cheers to now that our hometown team is back on TV. 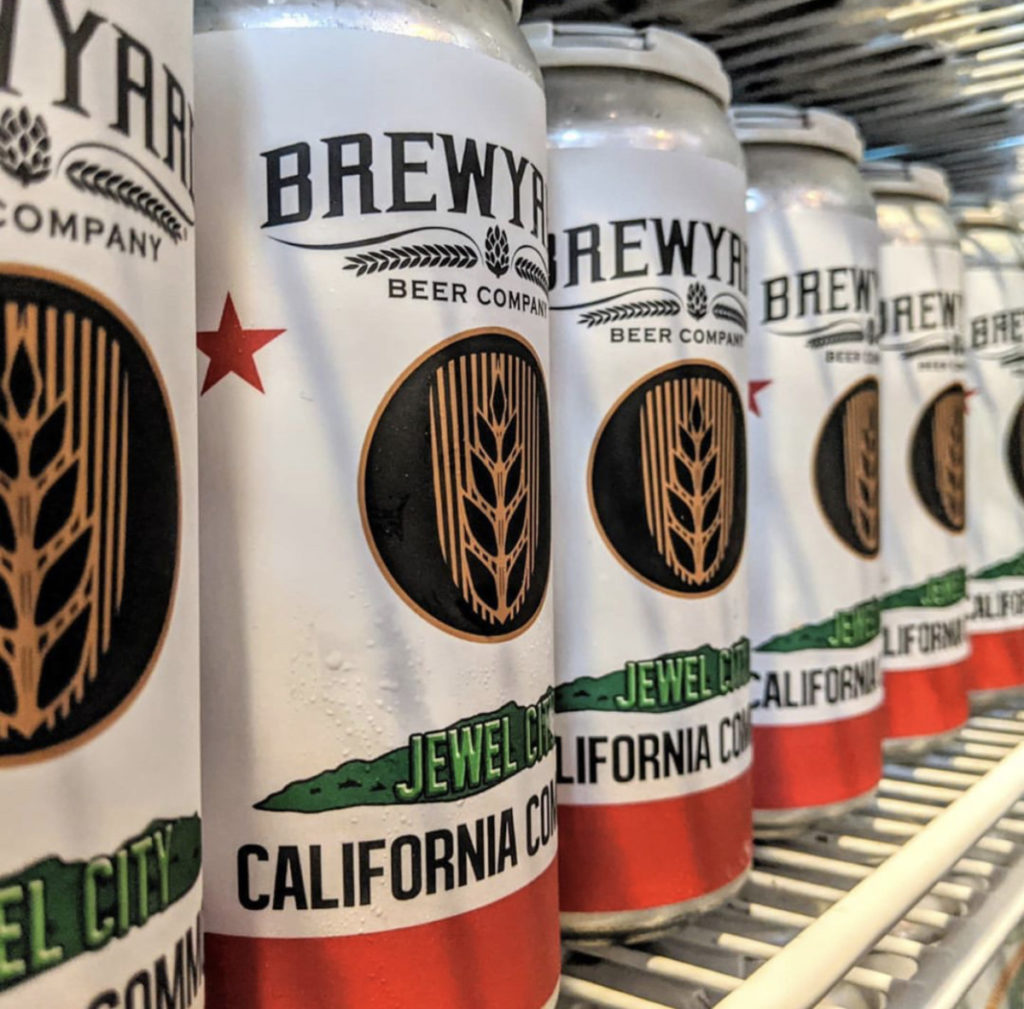 Though Brewyard’s California common isn’t specific to the Dodgers or baseball season, the brewery’s co-founders, Sherwin Antonio and Kirk Nishikawa, are born and raised Angelenos. As such, we think it’s only right to drink one of their crushable beers during the L. A. Dodgers vs. San Francisco Giants opening series, which is why we’re opting for Jewel City. Why California common isn’t a more widely available style in our state is beyond us, but what’s very cool about Brewyard’s take on it is that you can grab this brew in a 4-pack alongside Citra Bang (an India Pale Ale), Sunday Morning (a blonde California lager), and Black Sunrise (a black California lager), allowing you run the lager gamut from citrus and hoppy to roasty and toasty in one trip to the taproom. The Golden State should be proud — but still root for the Dodgers. Obviously.

If you’re just looking for Dodgers-esque merch, in addition to those mentioned above, Monkish Brewing Co. has a Dodgers teku that can be purchased on their site, and MacLeod Ale Brewing Company sells blue-and-white baseball tees featuring Dodger script. Plus, Indie Brew Company — which proudly displays Dodgers tchotchkes above the bar and almost always has a game on during the season — is running a crowler special for Opening Day Weekend, and Lincoln Beer Company is selling crowlers of their Through the Sprinklers Hazy IPA in honor of Thursday night’s game.

2 thoughts on “The 6 Best L.A. Beers To Drink While Watching the Dodgers at Home” 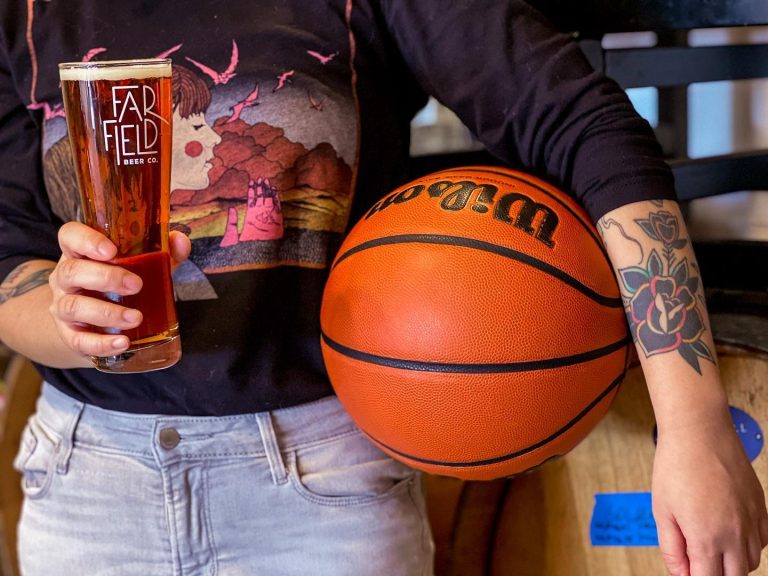 Where To Watch March Madness This Weekend 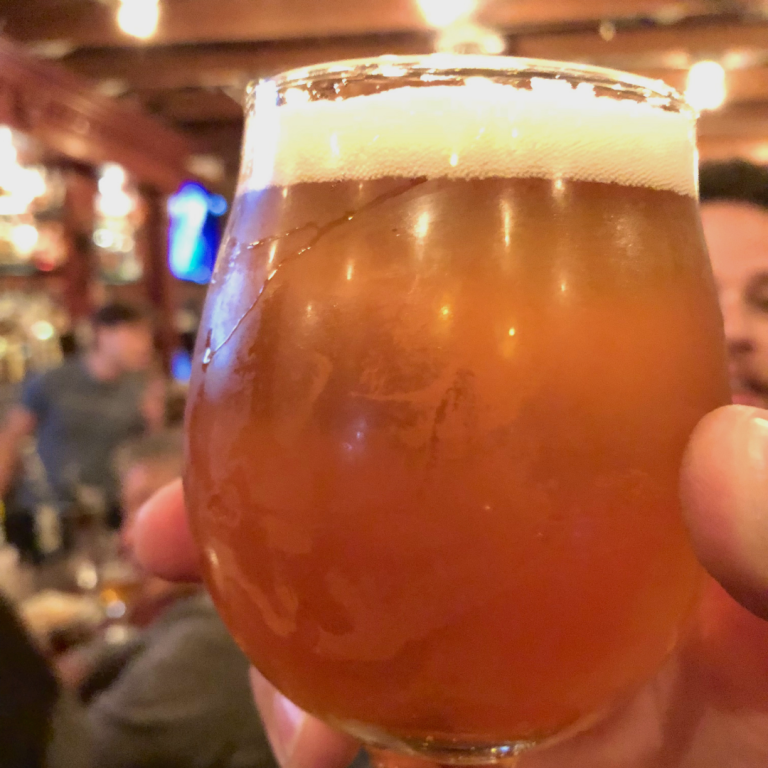 #PlinyWatch: Your 2022 Guide to Finding Pliny the Younger in LA & Beyond