Closing Note: Simmzy’s Shuts Down Operations in Burbank and Venice 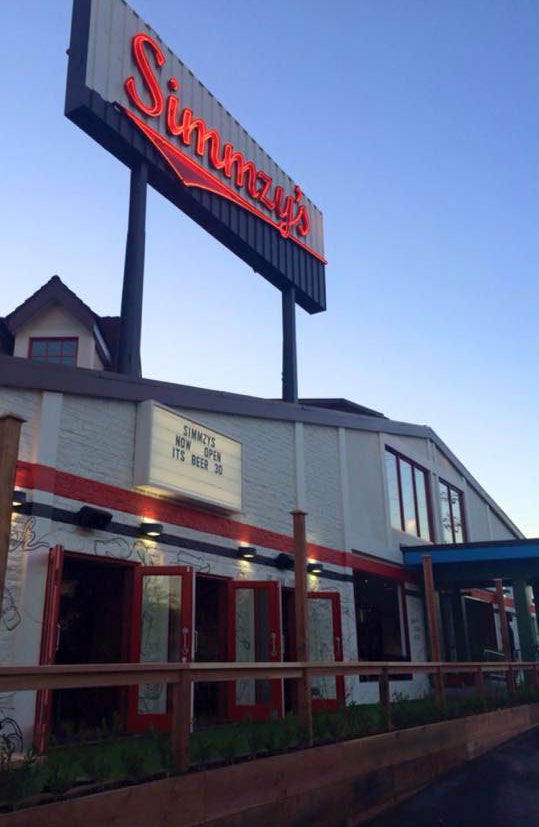 Two of Simmzy’s locations are closing up shop.

The brewpub, which originated in Manhattan Beach, is shutting down their Venice and Burbank locations, which opened in 2015 and 2017, respectively. Their O.G. spot in MB as well as their expanded spaces in Long Beach, Huntington Beach, and El Segundo will remain open.

The two being shuttered were the only ones that Simmzy’s had not been able to reopen even as closure orders began to slowly lift across the Southland, and they’ve already been removed from the company’s website.

In a post shared to Instagram on July 30, owner Mike Simms went into detail about what led to the demise of the two spots, admitting that the past few months have “been extremely tough” on him and his team, as well as their regulars.

“After countless hours of searching for solutions, it is with a heavy heart that we have decided to permanently close Simmzy’s Venice Beach & Simmzy’s Burbank,” Simms, who co-founded the local chain with his brother, Chris, wrote. “This decision didn’t come easy – in fact, it still feels surreal to be announcing this. Having grown up in the Burbank area, it was always my dream to own a restaurant, let alone a brewery, in my home neighborhood. And Simmzy’s Venice Beach, which opened shortly after Burbank, has been where our Simmzy’s Beer really came to life. Our loyal & passionate Venice beer drinkers (you know who you are) joined us at the bar daily to kick-back and hang-out with us. These memories will truly never fade and when the time is right, I hope to bring Simmzy’s back to these communities.”

The Burbank pub was a popular spot for nearby office workers, being one of the few restaurants within walking distance for the Warner Bros., Burbank Studios, CBS Interactive and Disney employees who worked nearby along Alameda and Olive Avenues. The standalone building also housed Simmzy’s Brewery, but they will still be pumping out house beers with a new partnership with Smog City Brewing Company. Greg Bechtel, a Simmzy’s partner and “beer guru,” will be overseeing the production. “So rest assured, our beer will be as tasty as always!” Simms wrote on Instagram.

Simmzy’s was known for a relaxed atmosphere perfect for happy hours, but six locations were just too much to keep going amid the coronavirus pandemic, especially because the gastropubs rely heavily on draft beer and dine-in sales. Simms explained to the Manhattan Beach Patch that due to the reduced seating capacity in Venice and no true start date for studios to get employees back to on-site work, “the path back to profitability was sadly too long for us to continue to hold on to them.” “The great news is everyone that wanted a job from those locations is currently employed,” he told the outlet. “That was my biggest concern in shuttering them.”

There have been some uplifting moments, however, as the San Fernando Valley native wrote that “the love & support from our communities has truly been the silver lining,” and it was with their help that Simmzy’s was able to raise $100K to feed heroes at local hospitals.