Party Beer Company Is Ready to, Well, Party With Their First Brewery Releases 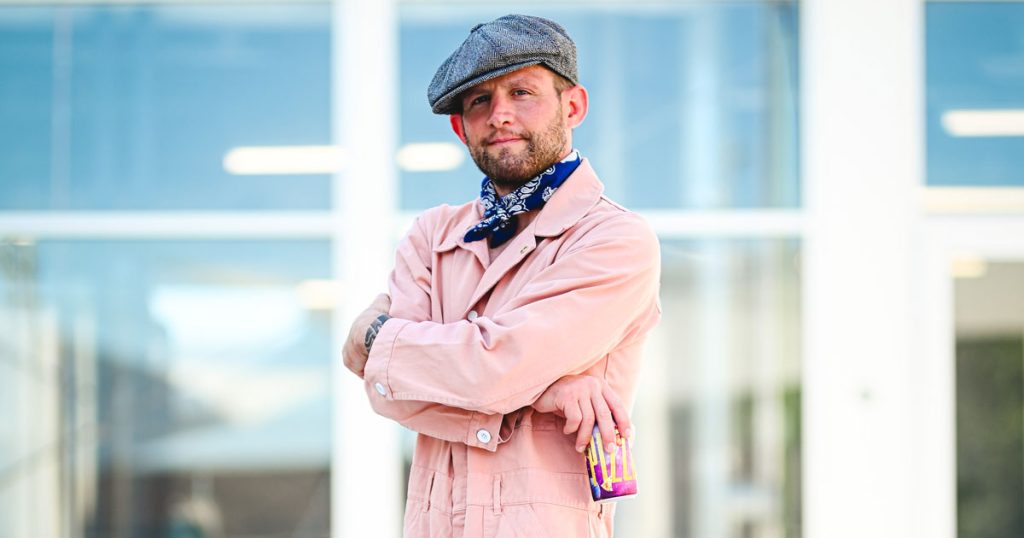 The idea of Party Beer Company began when Jason Eisner was partying like it was 1999.

Back when we had a fear of Y2K that now feels quaint, Eisner was living with his best friend, Josh Beane, in Brooklyn’s Williamsburg neighborhood. Eisner worked in bars and restaurants, and the two also did guerilla marketing for the organic soda brand LOCO, which was owned by a friend of theirs. When they wanted a post-work drink, they wouldn’t hit a hipster bar but rather head over to Brooklyn Brewery.

“Before they even had a taproom, we’d just get beer straight out the bright tank,” Eisner tells Hopped LA. “Some of my best memories of being a kid and feeling alive and free were just hanging out with my best friend in Brooklyn, having beers. Back then, the craft that we had was Brooklyn Brewery and some English beers — that was pretty much it. That’s kinda how I got into beer.”

Despite drinking beer and not making it themselves, Eisner and Beane knew that one day, they would open a brewery of their own. “This is way before we knew how to brew or knew anything about the process, but we love beer,” Eisner says. “And it’s a unifier, it’s something that creates community.”

Eisner has been in the bar business for decades. While growing up in Cleveland, he worked for a catering company alongside his mom, and he’s since gotten his hands dirty in every job in the restaurant business, including dishwasher, busser, and runner. A love of mixology began when he worked at Jerry’s in New York City (yes, of Cocktail fame) at a mere 19 years old, serving the likes of Debbie Harry and other rockers for whom the West Village was their stomping grounds. He eventually headed out west, where he managed programs all over Los Angeles and sought out a mentor, Drago Centro’s Jaymee Mandeville, to help transform his craft cocktails and bar chef skills. Despite being named the best bartender in Los Angeles by LA Weekly in 2014 and by Eater in 2015 and helming the opening of Gracias Madre in West Hollywood, his drink of choice was always a pilsner.

“I’ve managed programs from coast to coast, from Manhattan and Malibu, and at the end of the day, man, you work in a restaurant, you work in a bar program, and you just want a fucking beer,” he admits.

It also explains why his very first foray into bar ownership was Block Party, a beer garden in Highland Park. “Whenever I open a business, it’s not about the product,” Eisner muses. “It’s about the environment we create for our guests and for our staff. I see life as a celebration, and we want everybody that walks through our doors to feel that — to feel that their life is celebrated. That’s where the idea of Party Beer Company came from.”

Party Beer will finally share their zest for life and hops with the world on Aug. 8, when their first beers drop at their West Adams taproom. Though they are not officially open due to the pandemic, they are hosting their first brewery drop in the unfinished space so people can finally see what they’ve been brewing up. Pizza Cat Pilsner, Black Lives Matter Golden Ale, Destroyer of Worlds Hazy IPA, California Kölsch, West Coast IPA, and Nonna’s Bitters & Soda (a hard seltzer) will all be available for takeout or curbside pick-up from 12-6 p.m.

And, yes, the cans are a party in themselves.

Though the space is currently bare, Eisner has big plans to turn Party Beer into a full hospitality experience. Using his cocktail space background to level up brews, the drinks selection alone will vary greatly from a typical taproom, with Radlers comprised of house-made syrups and bitters, a Michelada menu, and beer slushies. There will eventually be mini-golf on the patio, which pays homage to the playtime vibes at Block Party.

“We’ve got this tremendous brewer, Lee Bakofsky [formerly of Eagle Rock Brewery], and we are very collaborative in the way that we create these ready-to-drink beverages,” he says. “I’m super passionate about creating cocktails out of beer and the different ways of expressing the experience of beer to the consumer and to our community.”

Quirkiness will extend from those drinks to every item in the taproom.

“You have to have differentiating aspects of your business to stand out,” Eisner says. “We noticed a lot of dark rooms and sticky tables, and we want it to be the opposite. We see life as being silly. I’m a huge, huge Wes Anderson fan, so we wanted to create a whimsical space for people to experience, like a lot of terrazzo. We’re taking all of the various beverages equally seriously, and we take our craft very seriously, but we don’t take ourselves too seriously. We just want people to have a good time.”

At a time of cultural upheaval and a spirit-crushing pandemic, Eisner’s ultimate goal for his new brewery may be just what the city needs — when we’re allowed to physically step in there, of course.

“The Party Beer Company experience is about people just feeling expressed. Everybody’s allowed here,” he says. “We want everybody to come here and make new friends. We want to create a space in L.A. where people can have a community — that’s the vibe.”

1 thought on “Party Beer Company Is Ready to, Well, Party With Their First Brewery Releases”