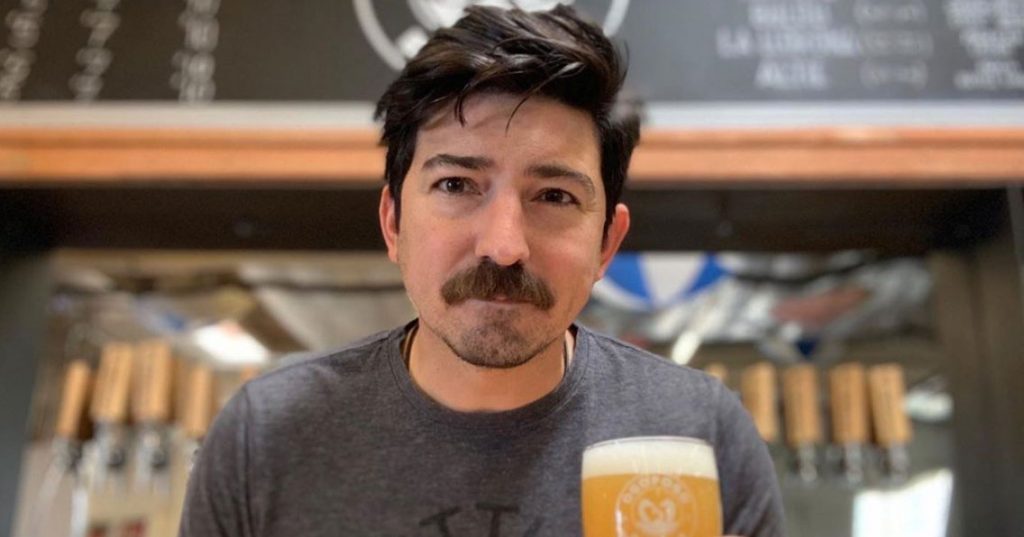 I never wondered what it might be like to have a beer with the Loch Ness Monster or Puff the Magic Dragon until I stepped foot into Ogopogo Brewing.

Like any good craft brewery, Ogopogo is tucked away in an industrial corner of San Gabriel, but most similarities stop there. This particular taproom has a ceiling lined with umbrellas, pale oak hues covering tap handles, tables, and bar tops, subway tiles framing the main wall under a listing of quirky beer names, and pastel hues washing the whole place in a woozy light. It’s an easy place to get lost in as you dream of hop combinations and beer lore.

Considering co-founders Ryan Edell and Jason De La Torre come from unlikely backgrounds for getting into the beer game — professional baseball and touring musician, respectively — it makes sense that their brewery would be a little left of center but full of the passion and pride they’ve brought to their past endeavors. Plus, the two aren’t actually strangers to beer. Edell brewed in his offseason and earned his brewing certificate from the University of California, San Diego, and he and De La Torre met while both working at San Diego’s Saint Archer Brewery.

As Ogopogo reaches its two-year anniversary, Hopped LA spoke to De La Torre about how the brewery came to be, their very creative beer names, and what it’s like to overhaul their taproom protocols amid the coronavirus pandemic.

Emily Krauser: How did you get started in the beer industry?

Jason De La Torre: After finishing my life as a touring musician, I went back to bartending, and I started working at a restaurant with 51 taps. I knew nothing about craft beer, so I started homebrewing as a way of educating myself. Two years later, I was working at Golden Road as a beertender and weaseled my way back into the brewery, volunteering on the packaging line. Eventually, I had sort of an unpaid internship there, where I was able to work in the lab and cellar and even brew on the 15-bbl system on Wednesdays for a few months. Ryan had been home brewing with his brother during the offseason while playing baseball professionally. At the end of his baseball career, he attended the brewing science program at UCSD and then started as the lab manager at Saint Archer, which is where Ryan and I met. He needed a lab assistant and I had a little experience. We hit it off and decided to start a brewery together.

An ogopogo is part of Canadian folklore. How did it come to be the name of your brewery?

While dumping yeast at Saint Archer, Ryan was reading off a list of palindromes as potential names for the brewery. I wasn’t really into this idea, but when he got to Ogopogo, that sparked my attention. After a little research, we loved the idea of a mythical folklore theme. I especially loved the idea of naming our beers after different creatures, since I handle all of our graphic design. Before starting this project, the extent of my folklore knowledge was the Japanese tale of The Crane Wife because of the Decemberists. It is a really fun process doing the research. We learned pretty quickly that some names that are difficult to pronounce probably shouldn’t make the cut. We break this rule on occasion if the creature is super interesting or if I am really inspired to make the art. In our tasting room, we have one painting of a Hafgufa, and if I ever find myself with spare time, I would like to paint more.

What is your favorite beer to brew on a regular basis?

I think Ryan and I would both agree that Boeman Belgian White is our favorite to brew. It is probably neither of our preference to drink, but it’s the easiest beer to make. The recipe is pretty straight forward, the yeast is super resilient, and it takes up very little tank time. Hazy beers and pastry sours on the other hand…

Have you had a favorite beer release so far?

We have a West Coast IPA called Bheki that we have been tweaking each time we brew, and that has been fun and educational. We have added a lot of new processes for this beer with the use of CO2 hop extract and recirculating Cryo hops. Ryan’s ability to weld has made this super helpful. Usually, I’ll come up with a wacky idea and ask if he can weld it. We brewed it this week with a bypass coming out of the whirlpool into an inline filter that Ryan made.

What has been the most unexpected thing to come from your time operating in San Gabriel?

I don’t think it was exactly a surprise to get a response from the community since we always set out to create a place where a community could gather, but we had not realized how amazing that response would be. We have made lifelong friends just from meeting people in our tasting room. The first year we were open, we had a Friendsgiving in our tasting room on the Monday after Thanksgiving (normally we are closed on Mondays). About 30 people were in attendance, and I got up and gave a very short teary-eyed speech.

What’s the biggest shift you’ve had to make during the coronavirus pandemic?

This is probably the same for most breweries with the same model as us, but over half of our revenue came from our tasting room, so we had tanks full of beer meant for draft that had to be canned. We were only using shrink-wrapped cans before March because of my personal desire for the package to look a certain way, but we made the switch to labels because of the turn around time for shrink-wrapped cans. It’s mostly been scheduling and sourcing nightmares. We were blown away with the support when the switch to to-go and home delivery became the new normal.

The most difficult part was furloughing team members, who are family to us. We were fortunate enough to get some PPP funding and bring most of them back. I try not to think about the future too much. You never know what’s going to happen these days. The two weeks we were open with expanded outdoor seating were very promising. I felt our team did an amazing job adhering to the new safety guidelines. Hopefully, that is something we can bring back soon.

More from "The Session" 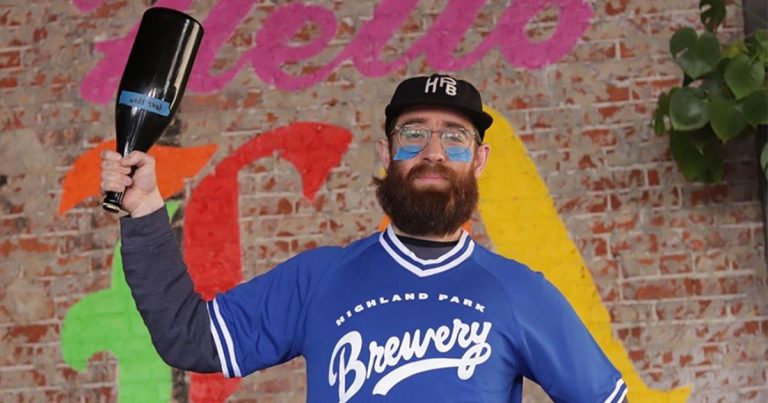 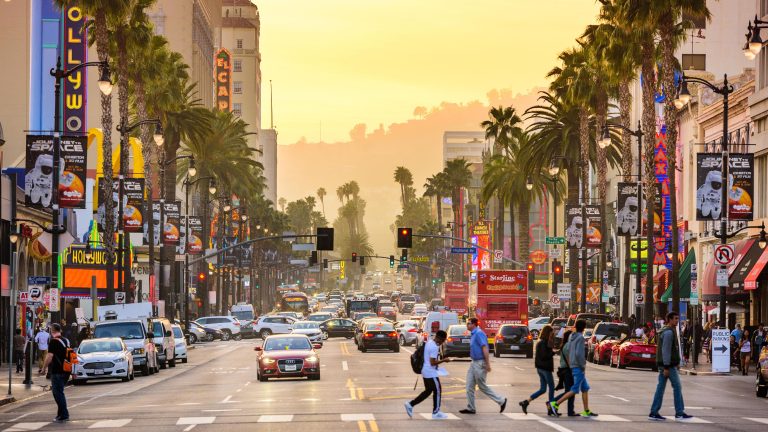 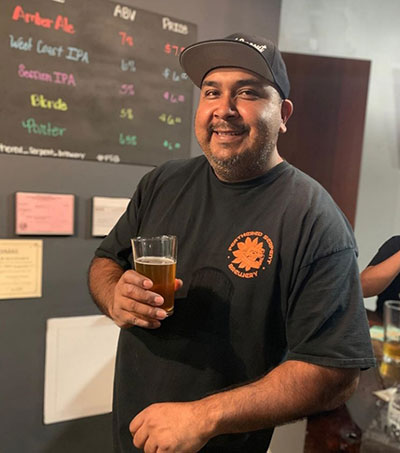 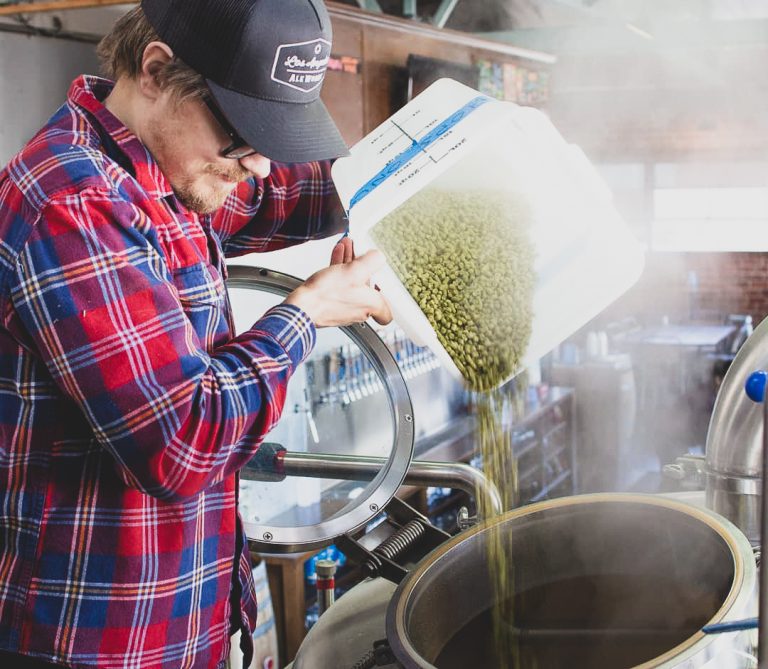 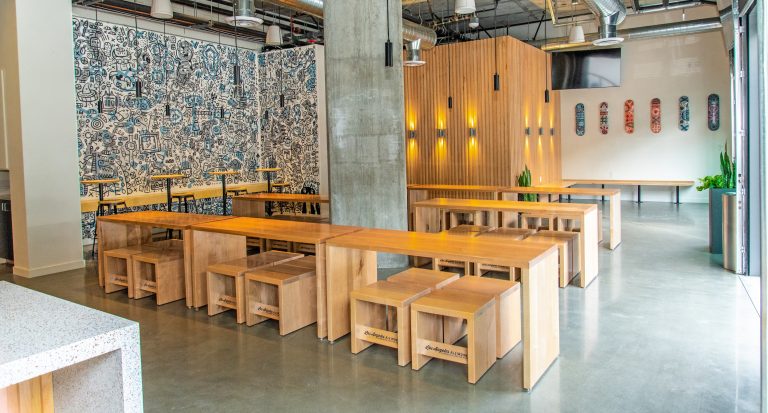