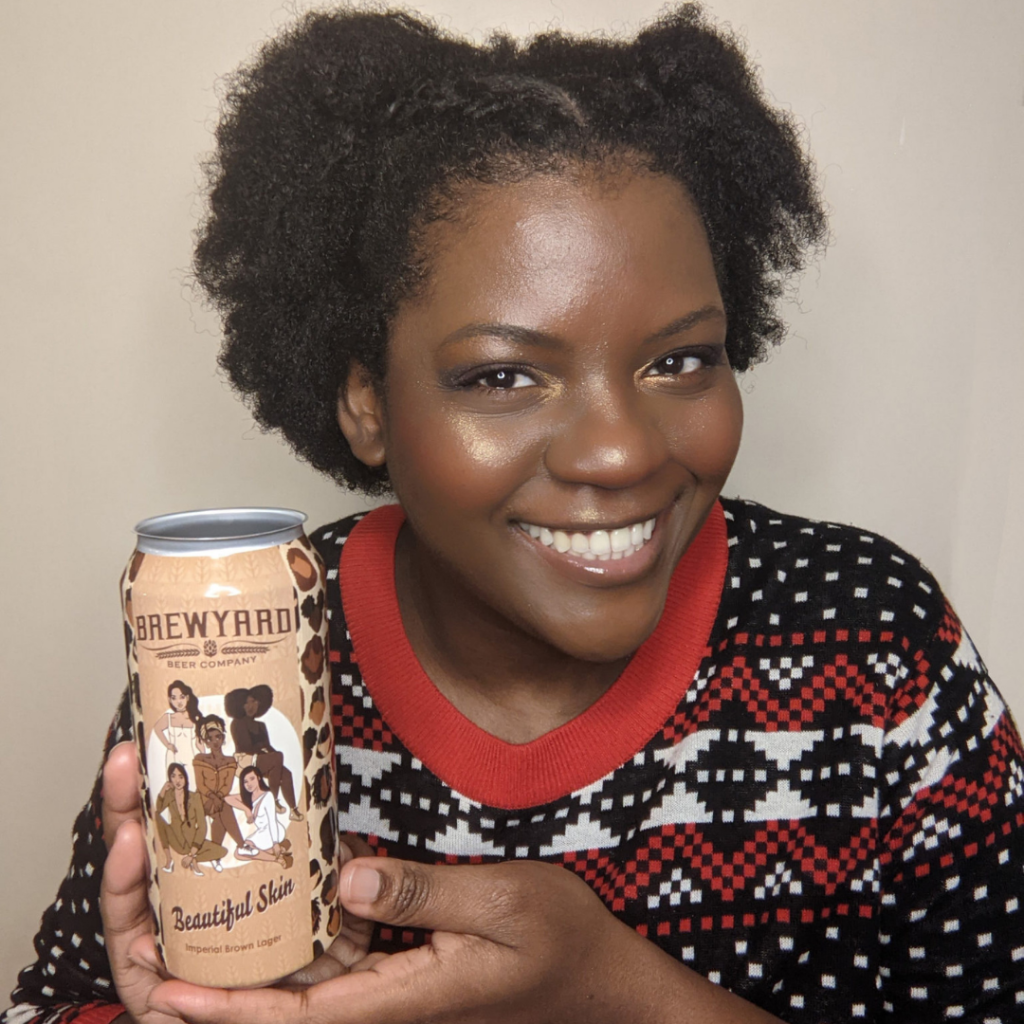 One of our favorite things to do at Hopped LA is to bring you stories from owners and head brewers on how their breweries came to be. Now, we’d like to take you behind some of our favorite beer labels.

Bold, creative can art has become as big a part of the craft beer industry as the suds themselves. After all, how many times have you wandered down bottle shop aisles looking for a new brew and grabbed a can simply because the label looked cool? (And then you look at Untappd ratings as you walk up to the counter — yeah, we see you.) We can 100 percent admit to being there too.

Breweries of all sizes have realized how important label art is from a marketing and branding standpoint, and as consumers, we not only appreciate their efforts, we eagerly search them out. Heck, some people even collect them, turning labels into stickers and magnets or keeping the empties as decorations. For these reasons and many more, we bring you a new series, “Behind the Can.”

For our first “Behind the Can,” we chatted with Burbank-based illustrator Jacqui C. Smith. A longtime friend of Brewyard Beer Company, she previously designed the label for the Sunday Morning Blonde Lager and was the force behind bringing the brewery’s Annual Art Festival to life. Her latest work for the Glendale-based brewery was a label for an Imperial Brown Lager named Beautiful Skin, and it is truly a beer label made for 2020.

Brewyard co-owner Kirk Nishikawa told Hopped LA that the two had talked about doing another collab after Sunday Morning, and with the 2020 art festival canceled due to COVID-19, Beautiful Skin became “almost like a replacement fundraiser, but we have plans to incorporate both ideas [in 2021], hopefully.” The beer release was complemented by Beautiful Skin merchandise created by Smith, including a coloring book, notebook, and now sold-out tote, as well as four additional products from businesses owned by women of color. A portion of the proceeds from the beer, priced as $24 four-packs, raised money for YWCA Glendale.

“Jacqui chose the YWCA Glendale to be our fundraising recipient and Brewyard chose the beer style and beer name,” Nishikawa said. “Because we wanted to spotlight local women of color, Tanita from Black in Glendale was a natural choice being a local Glendalien.  She was the final piece of the puzzle in terms of helping us reach out to local WOC businesses to include in our spotlight portion of the can release.”

As for the gorgeous illustration herself, here’s how Smith brought the beer to life.

Emily Krauser: How did you get involved with Brewyard in the beginning?

Jacqui C. Smith: I used to work around the corner from Brewyard and I’ve been going since they opened. I would bring whatever project I was working on and draw while having a beer or two, and eventually Kirk and Sherwin [Antonio, co-owner] adopted Jacqueline Myers-Cho and myself as their permanent artists. Brewyard has always been a supporter of the arts, and they’ve given us a lot of creative freedom on the mural, paint nights, the art festival, and, of course, the can art.

How did Beautiful Skin come to life?

Kirk mentioned that he wanted to do a similar beer release to the Black Lives Matter-supporting “Black is Beautiful” release, and I jumped at the opportunity. We’d previously discussed how passionate I feel about black art, representation, social injustice, and women’s rights and felt that we could come up with something really special. We bounced around ideas about getting the community involved and decided to send the donation to a local organization where we felt our voices as people of color could be heard best.

Why did you choose YWCA Glendale as the fundraising recipient?

I wanted to choose a local organization that’s actively fighting for social justice and racial equality in our neighborhoods, and the fact that they’re an organization for women helped solidify my decision. Choosing the organization to donate to was actually the hardest part. I wanted to make sure whoever I picked would represent our cause well and use the funds appropriately, and I couldn’t have asked for anyone better than the YWCA Glendale.

What was your main inspiration for the illustration?

Kirk came up with the general “Beautiful Skin” idea, which is based on a Goodie Mob song.  We really wanted to include a diverse representation of brown skin, and since I primarily draw BIPOC women, we decided to focus our efforts there. After we came up with the general idea, I was more or less given creative freedom to make a design that I thought would best represent women of color. After that, I finished the illustration in four days to meet the printing deadline!

What were your first thoughts when you saw your beer cans done and ready to go?

I was so excited! I’m still so excited! They came out better than I could’ve imagined. I remember being honored to have my art represent something that’s so important to me.

And what made this Beautiful Skin release so important to you?

As a black female artist, I want the art I create to be an impactful message about empowering women of color and giving them a sense of acceptance in a society where we’ve been continuously misrepresented, belittled, or overlooked. This release allowed me to share that idea with an audience that I wouldn’t have been able to without the help of Brewyard.

Brewyard is one of the few breweries in Los Angeles County run by not only L.A. natives but people of color. As a collaborator, what changes do you hope to see in the beer industry to make it more inclusive?

I honestly didn’t know anything about the beer industry before Brewyard, but I wasn’t surprised when I learned there are very few POC breweries in L.A. I’ve gone to many breweries in L.A., and they’re not known for being very diverse. I’m hoping that more breweries will start supporting worthwhile causes and expanding their influence. There are so many underrepresented people, cultures, and identities, and I feel like the beer industry can improve from their involvement [in causes], whether that be through can art, murals, or festivals.

How did you get the Annual Art Festival up and running in Brewyard’s lot?

Jacqueline and I started the festival in 2017 because we wanted to bring some art, culture, and community to our part of Glendale. I’ve participated in a lot of art shows and festivals over the years, and it’s nice having artists perspectives to help run it.

What are your hopes for the fest running again in 2021 amidst COVID?
The way COVID is going, I don’t know if the festival will happen in 2021, but if it does, we’ll be on top of all safety procedures to make sure everyone is as safe as possible. Even an online festival might be possible!

Do you have a favorite local, go-to craft beer?

I’m extremely biased when it comes to the Brewyard’s Sunday Morning, my absolute favorite. I also like Eagle Rock Brewery and Lincoln Beer Company. 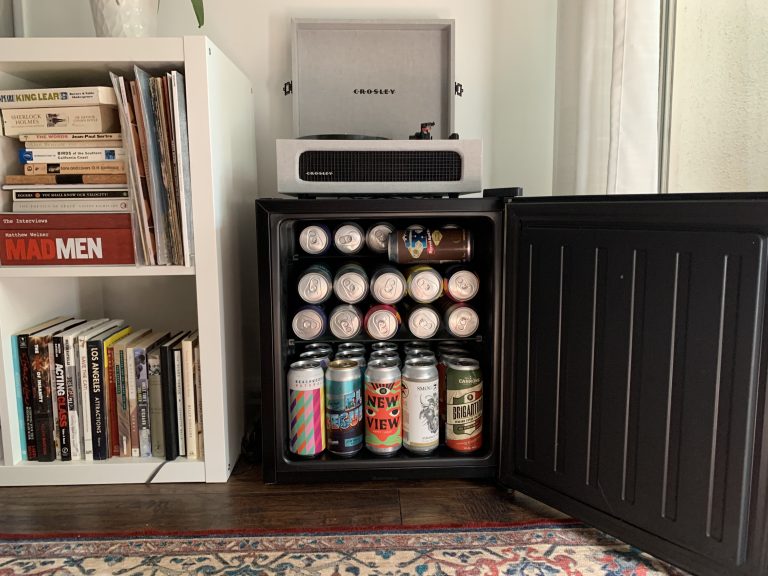 The Coldest Beer Fridge Around: The NewAir Mini Beer Froster 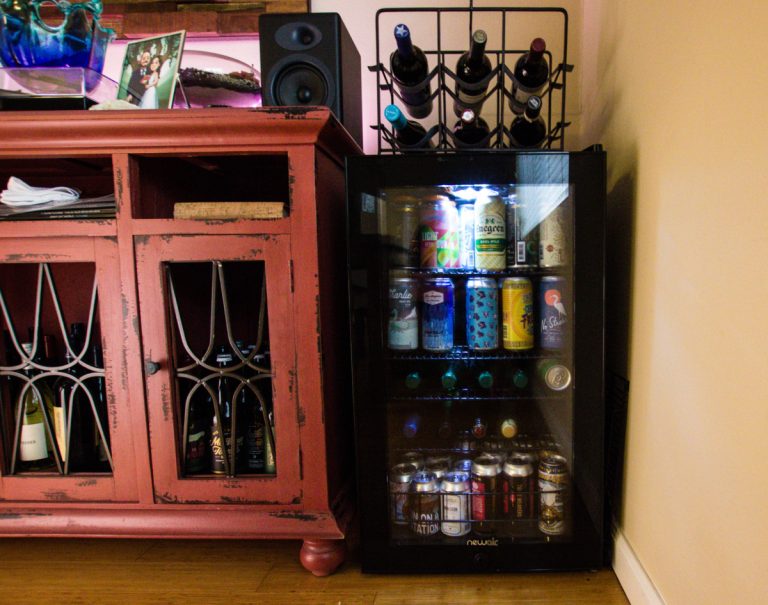